One of the major stories of the day involved Eagles receiver DeSean Jackson sharing a quote that was probably inaccurately attributed to Adolf Hitler about Jews and black people, and some praise for decades-long anti-semite Louis Farrakhan, and later apologizing for all of it. The Eagles issued an aggressive statement while Adam Schefter hinted they could possibly use it to void a contract they would probably independently like to be rid of from football production purposes.

“If it’s talking about the black race, y’all don’t know nothing about it,” he continued. “If they’re killing us — police killing us — and treating us like shit, racism at an all-time high, but none of y’all NFL owners spoke up on that. None of you teams spoke up on that. But the same team had a receiver say the word n*gger publicly, and they gave him an extension. I play for the Big 3. We have a Jewish owner. He understands where we stand and some of the things we say, but it’s not directed to him. It’s the way we’ve been treated. Philadelphia, y’all need to repost this.”

I mean, this minute of content is just mind-bogglingly stupid on too many levels to count. Again, this was the quote DeSean Jackson shared, probably-inaccurately attributed to Adolf Hitler, before later saying he did not mean it has hate about Jews: “because the white Jews know that the Negroes are the real Children of Israel and to keep Americas secret the Jews will blackmail America”.

This shouldn’t need to be explained but invoking anything Hitler said against Jews in an affirmative manner is to explicitly justify the killing of six million Jews. I will admit to being particularly sensitive to this issue as a (mostly non-practicing) Jewish person who has been to Auschwitz, but there are basically two options when you say what DeSean Jackson did and what Stephen Jackson defended.

While Jackson does have a point that Riley Cooper remained with the Eagles after saying the n-word, he is flagrantly wrong about NFL owners and franchises saying nothing about police killings. It’s almost all they’ve BEEN talking about for the past couple months. The only owner who hasn’t said something is Jerry Jones, and he is getting hammered in the media for his silence.

The entire NFL season, provided it happens, will be a showcase for talking about police killings. You will not be able to follow the NFL without hearing about it. Constantly. I’m not making a value judgment here about whether it’s right or wrong for the NFL to make this decision but it’s indisputable fact that they have talked and will talk about these issues plenty.

I don’t even know what Jackson is talking about with the Big 3 having a Jewish owner and his understanding what players mean about this, but there’s about a 0.0 percent chance he’d be okay with defending a (fake) Hitler quote about a Jewish conspiracy.

It’s almost impossible to logically parse what Stephen Jackson is talking about here. What an impossibly dumb thing he just said. 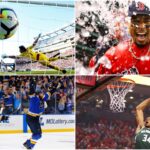 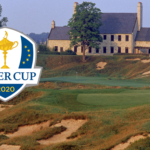