Pittsburgh came into the season as a dark horse playoff team. Through six weeks, the Steelers are the best team in the AFC.

Sunday, Pittsburgh remained undefeated in a destructive takedown of Cleveland. The Browns’ offense came into the afternoon among the league’s hottest; the Steelers broke it instantly. Cleveland scored only seven points and is lucky to have given up only 38.

Last week, I argued the AFC is the tougher conference with five teams that can win it.

If the playoffs started tomorrow, the Steelers would advance to the Super Bowl.

Defensively, no team is better. Pittsburgh’s suffocates both the pass and run — ranking 4th and 1st, respectively.

Year-after-year, defense wins playoff games. And, this season, the Steelers have the offense to match.

Ben Roethlisberger is healthy, playing at the highest level in years. With five touchdowns in the past two games, Chase Claypool inserted himself at the top of the Offensive Rookie of the Year race.

FanDuel and experts paid to talk football still list the Chiefs and Ravens as AFC favorites. However, Pittsburgh matches up favorably against both.

Baltimore’s next-level roster struggles when forced to desert its smash-mouth game-plan. With the NFL’s top run-defense, no team can cause Baltimore more headaches than its arch-rival.

No one but me is saying it: Kansas City is average this season. In all but one game (albeit against Baltimore), the Chiefs have been remarkably beatable.

The defending champions can’t stop the run or prevent big passing plans. And despite video game-talent, the offense doesn’t have it together. The Chargers, Patriots, and Raiders have all held Patrick Mahomes in check. None of the three have the Steelers’ defense.

Tennessee, too, is 5-0 and exceeding all expectations. If you aren’t taking Ryan Tannehill seriously, start. And Derrick Henry should compete at WrestleMania. Though the Titans’ defense is still questionable.

Titans and Steelers both move to 5-0.

Which team has a better shot at making the Super Bowl?

Buffalo isn’t going away, either. The Bills should win the AFC East and can pick up a major win tomorrow against the Chiefs. 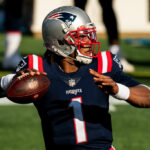 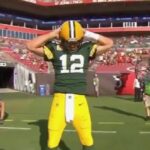