A few high schools in Pennsylvania have reportedly made their decisions on fan attendance before the state can make recommendations. The Western Pennsylvania Interscholastic Athletic League (WPIAL) started Friday and a couple events surpassed the state’s 250 person gathering limit.

That takes leadership to tell the corona media there’s nothing to be afraid of and they should be praised for it.

“People are going to show up anyway.” On Friday night, schools chose whether to allow a limited number of fans, no fans at all or in one case, more fans than allowed. https://t.co/AFAfRDZ6id

After the CDC dropped a bombshell that under 10,000 people have died “due to COVID”, local leadership is starting to take control. High school football programs were painted by the media to have “blood on their hands” if they went on. Now that science says COVID was overblown, the people are starting to get what they want.

The Kansas City Chiefs can fill Arrowhead stadium 22 percent, but high school football can’t have a few hundred? The logic of having no fans at high school sports makes no mathematical sense. A federal judge just ruled Monday that restrictions on gatherings were unconstitutional. A legislative bill is now on the table that allows Pennsylvania high schools to decide on their own attendance limits.

Schools jumping the gun should tell us they already know where the decision heads. The propaganda to terrify sports into irrelevance is no longer working and high school football fans should be thankful.

State high school representatives found one of the funniest and true loopholes on earth when asked about breaking the original fan limit. “We thought our place as having four different groups–the home side, the visiting side, the field, and the press box. (Nothing is funnier than pushing the rules of these Corona freaks with technicalities.)

“It wasn’t done to be uncooperative with the state or anyone else. The effort we’re trying to make in our stadium was for our families, our parents and the kids. Everything we did was for the children,” Holtzman said. “If we exceeded the toal number of individuals by maybe an extra 50 people, it wasn’t done as an act of defiance.”

Of course he’s not going to admit deliberately kicking his feet at state officials, but that’s what happened. State leadership is the overly protective parent that researches every friend you hang out with. Their jobs are to protect and our media spreading fear influenced them the most. Local leadership is starting to impose their will, which is how these things should go anyway.

Never know if these courageous leaders rub off on professional sports, but it shouldn’t shock you if it does. These local high schools should be praised for their guts to give the people what they should already have. Their freedom. 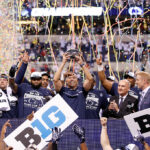 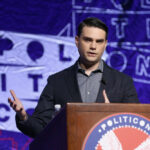