Breaking news: The NBA returned Thursday night. Surely you were previously unaware. The return of sports also means the return of sports conversation, so we should talk about how weird it was that Zion Williamson sat the last 7+ minutes of the Pelicans-Jazz game that was ultimately decided by two points in Utah’s favor.

Williamson ultimately played 15 minutes, going 6-8 from the floor for 13 points. I understand keeping him on a minutes restriction, between his injury history and the fact that he left the bubble to attend to a family emergency and missed some of the team’s recent practices and conditioning.

However, you can’t convince me that it would’ve been too dangerous for him to play the game’s final seven seconds, where the Pelicans had a half-court possession to tie with two or take the lead with a three. Given that he shot 75 percent from the field in the game, posting him up would’ve been a better mathematical decision than having Brandon Ingram dribble and square up for a defended three-pointer.

The way the rest of the season is formatted, every game is super important for New Orleans to have any shot to make the playoffs. The Pelicans entered Thursday night 3.5 games behind the Grizzlies for the eighth seed in the Western Conference, and tied with the Blazers and Kings.

There is a wonky format where if the no. 9 seed is four games or less back of the no. 8 seed there is a play-in to get into the NBA Playoffs, so one loss doesn’t mean the Pelicans are dead. Nonetheless, they need every game they can get. They already had an uphill climb without a minutes restriction on Zion Williamson, and if they’re not going to play him on the final possession of a game that should tell us that making these playoffs is not GM David Griffin’s biggest priority. 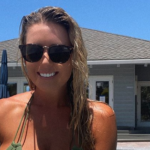 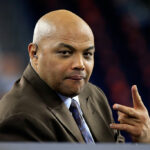