ATLANTA-  There aren’t many coaches in College Football that come off as genuine as Arkansas coach Sam Pittman. Whether it be a story about his current team or a hog statue sitting outside his lake house, he’ll always shoot you straight. Speaking of that Razorback sitting on the banks of a lake in Arkansas, how it got there is a story in itself.

Occupying the space before a Hog was built, a Marlin was sitting on the lake for boaters to view as they scooted by the proclaimed ‘Marlin House.’ But thanks to a thunderstorm, the fish statue took a dive into the waters below.  Thanks to artist Brandon White, the ‘Slobbering Hog’ was built.

“Jamie and I bought it on August 1st. August 3rd the storm came through, knocked the marlin down. Marlin shot water into the lake. So my mind went to a slobbering hog. Insurance company came through. Brandon White was the guy I called about the hog. I just thought the hog was going to be out there. This thing is incredible, to be honest with you. He’s got lights on him, red, whatever color lights you want. The water shoots up. It looks like he’s slobbering down into the lake.” 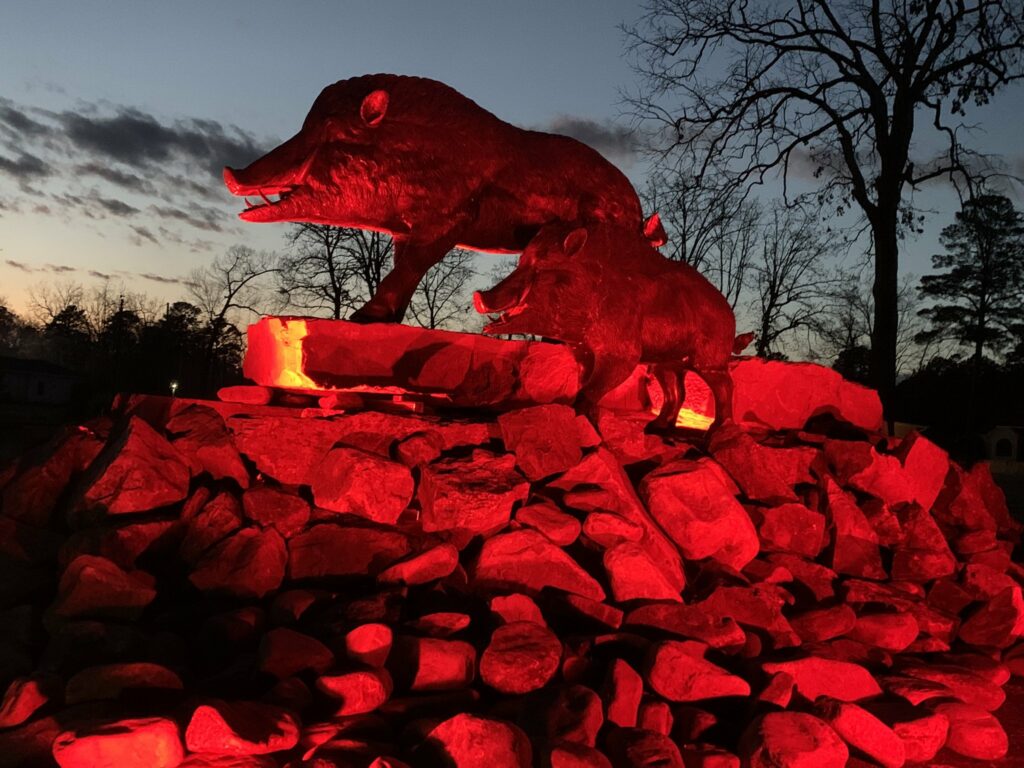 It’s turned into a wonderful recruiting tactic for Pittman and is usually apart of the boat parade that comes down the lake in front of his house. One of the biggest problems with his popular attraction is that folks won’t stop climbing on it, looking to get a good picture.

“Boats on parade coming down to the house, they call the hogs. A sign that says, Don’t get on the hog. A few people that do. I wish they’d read the sign.”

Don’t lie, you’d probably jump on the hog as well.