Sage Steele.  Sage Steele finally came out what many people have been saying about ESPN for a long time.

That they have so much embraced far left-wing politics that there is no ability for someone like Sage Steele to have her voice heard.

This is incredible. She said in the Wall Street Journal something that I think is pretty impressive.

She said she wasn’t allowed to participate in their social justice warrior special which, by the way, recived the lowest possible rating in 25 years in ESPN prime time programming.

This is pretty awesome.

Sage Steele said as followed:  “I found it sad for all of us that any human being should be allowed to someone’s blackness.  Growing up bi-racial in America with a black father and a white mother. I have felt the inequities that many, if not all, black and bi-racial people have felt. Being called a monkey, the n-word, having ape sounds made as I walked by.

“Words and actions that all of us know sting forever. Most importantly trying to define who is and who isn’t black enough goes against everything we are fighting for in this country and only creates more of a divide.”

Sage Steele has also been very aggressive in criticizing Desean Jackson in asking why we have allowed athletes to be held to a different standard based on who they are actually speaking out about.

This is pretty incredible. Sage Steele has gone public and told you everything that I’ve been saying about MSESPN, about WokeCenter, about ESPN treating different opinions differently based on what those opinions are from a political perspective and she blew ‘em up.

That, by the way, is from the Wall Street Journal.  I applaud Sage Steele for being willing to go public. I encourage you to go read Jason Whitlock’s piece about her and about why this story evolves as it does.

By the way, I encourage all of you to go sign-up for Outkick VIP. 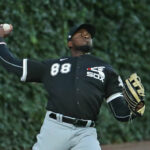 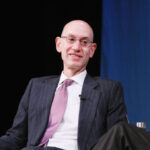