Two of the four teams currently in position for the College Football Playoffs will be missing their head coach this weekend. Alabama head coach Nick Saban will miss the Iron Bowl rivalry game against Auburn, and Ohio State just announced that Ryan Day tested positive for COVID-19 and will miss Saturday’s game against Illinois: 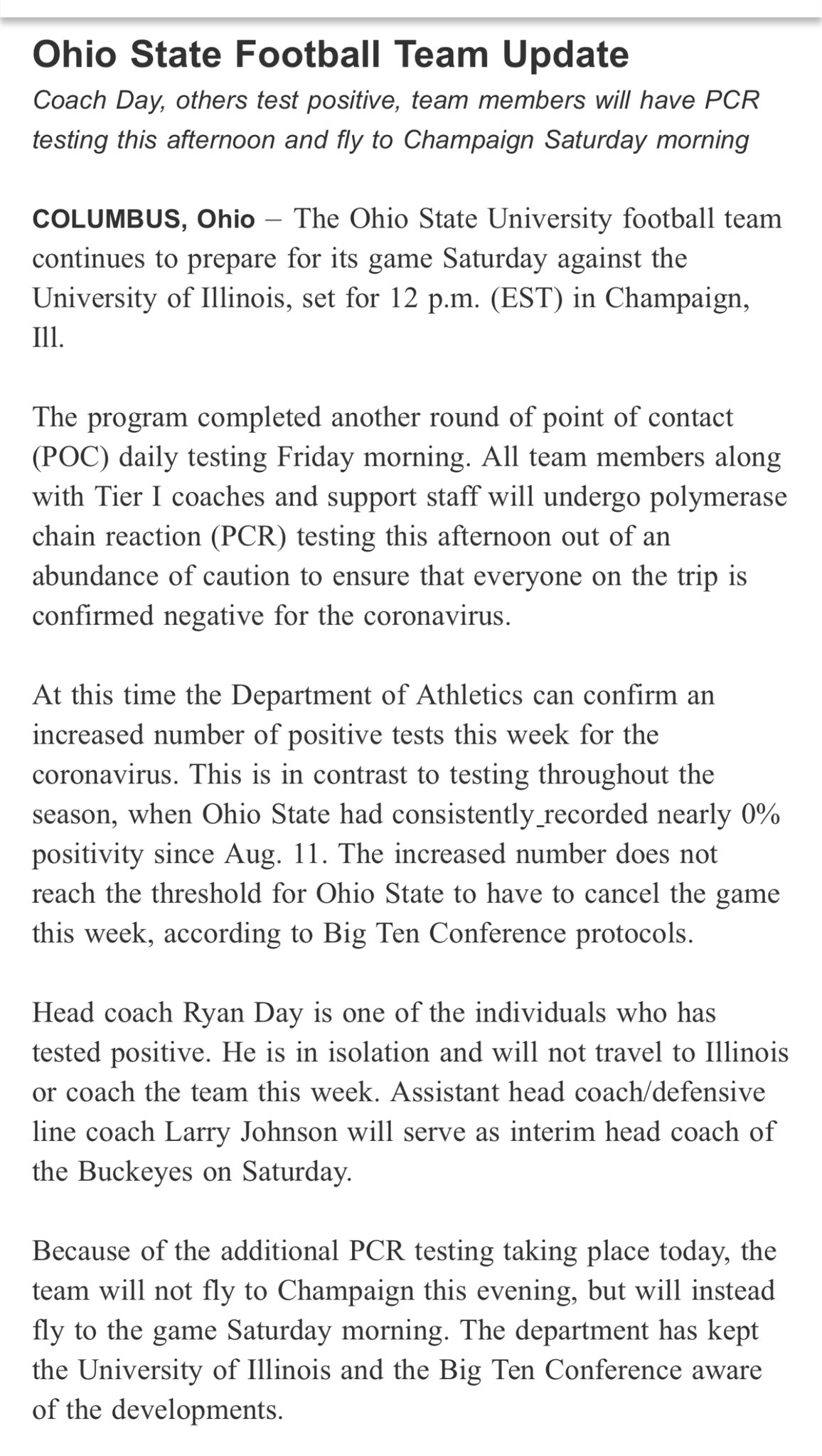 Per the announcement, assistant head coach/defensive line coach Larry Johnson will be the interim head coach for Ohio State on Saturday.

In the first rankings released by College Football Playoff committee, Ohio State was ranked No. 4 behind Alabama, Notre Dame, and Clemson.