Roger Goodell and NFL team owners used to live in such a nice masculine bubble. It was all bright flowers, happy little trees and palatial homes inhabited by Dick Butkus, Lawrence Taylor and Ray Lewis.

The neighborhood lived by a code: “Protect The Shield.’’ The code shielded any messy reality from the players and the league, leaving a pristine, General Patton-approved image of Americana to sell fans and advertisers.

That’s all gone now. CTE and concerns over player safety stuck a needle in the league’s masculinity bubble. Player empowerment and Colin Kaepernick’s kneeling disrupted the top-down authority. And now the plague of 2020, COVID-19, is administering the last rites to the NFL’s tough-guy facade.

The allegedly big-tough NFL can’t even pretend to be anti-mask.

It’s a message. It’s a PR move, a genius, effective PR move, at that. It’s a middle finger to Anti-Masker-in-Chief Donald Trump, which is an extended hand to the league’s Black Lives Matter-loving players. The NFL commissioner is pandering to his players and the media.

Wow! Things have changed. It seemed like just yesterday that the league was using the flag as a prop and pretending to be a branch of the U.S. military. They had you thinking it was patriotic to drink a beer while watching a game.

And now, in one move, Goodell has not-so-subtly positioned himself with players who are taking a knee for the National Anthem.

For good or bad, The Shield has been rebranded. It’s been emasculated. Jerry Jones must hate this while the media love it.

Just to be clear: Players, particularly black players, have complained for years that the league has dealt with them in a heavy-handed fashion. And now in an era of Black Lives Matter and of taking a knee against the President’s strongly expressed wishes, Goodell has cracked down hard on five white coaches.

Excessively hard. The message to players, and particularly black players, is clear.

Goodell is also sending the message that the NFL takes COVID seriously.

And the message to the President is that the league will do what it chooses, and not be pressured. Take a knee! Wear a mask!

With the President pushing Goodell to strong-arm those “S.O.B.s,” Goodell has chosen the opposite.

NFL players kneeling and protesting are standing up, together, to authority. That’s the point. As anyone watching Colin Kaepernick knows, the NFL used to frown on that.

See, Trump and Goodell have basically been in a feud, with the President calling for Goodell to crack down on players. He has pressured Goodell to put an end to the kneeling, and Goodell has resisted.

Meanwhile, as part of his masculine posturing, the President has not exactly pushed people to wear masks. The pictures of crowds at his rallies prove that. Yet Goodell is now very publicly demanding it.

It has been a risky move for the commissioner. But maybe things have just gotten too polarized, and athletes too powerful, for Goodell to feel that he could just fly over this and protect the shield. He must have felt that he had to pick a side.

The NFL game-day protocols during the pandemic include that anyone in the bench area except for players is required to wear a mask, neck gaiter or face shield at all times.

It’s strange to see coaches penalized $100,000 apiece for not wearing a mask when the players are all right in front of them, sweating on each other and bumping into each other, helmet to helmet, without masks.

The mask edict is significant. It signals a new code for the NFL and The Shield.

The commissioner’s job is to “protect the players,” not The Shield. The players and the sensibilities of the players are now more important than the league itself.

The NFL’s logo should now include a black-gloved fist. It will be interesting to see if that logo is as profitable as the old one. 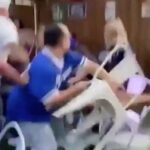 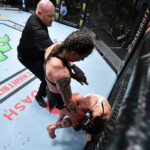