The Targaryen-based House of the Dragon is the only Game of Thrones prequel to receive a green-light thus far. EW now reports that HBO hopes to order more prequels and is in talks with several writing teams.

Most notably, HBO is looking at a series based on Robert’s Rebellion, the predecessor to all GoT‘s major storylines. Unlike the House of the Dragon, which is set 300 years before GoT, a series on Robert’s Rebellion would include GoT’s most crucial characters. Robert’s Rebellion put Robert Baratheon on the Iron Throne after he killed Rhaegar Targaryen and Jaime Lannister slayed the Mad King. This battle is the origin of Jon Snow, Daenerys Targaryen, the Starks, and the Lannisters’ character arcs in A Song of Ice Fire.

The complication, however, is several prominent events around the time of Robert’s Rebellion were already shown through Bran’s visions, including Jon Snow’s birth, and Rhaegar and Lyanna Starks’ wedding. To make it work, HBO would need Robert Aramayo to return as a young Ned Stark. 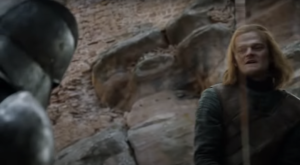 Despite the roadblocks, Robert’s Rebellion is the prequel story both book readers and casual fans would be most interested in. The second is the origin of the White Walkers, but its prequel, Blood Moon, was axed after HBO saw the pilot.

The other prequel in discussions is based on George R.R. Martin’s The Dunk and Egg stories that follow the adventures of Ser Duncan the Tall and Aegon V Targaryen, events set 90 years before GoT.

Currently, there are no sequel series in the works. Before the show’s ending, my hope was a continuation for one of the show’s minor characters, who made it out alive. Though given the series’ ending and subsequent reaction, HBO is better suited to explore the years of Westeros already established by George R.R. Martin. Should Robert’s Rebellion get the go-ahead, that series and House of the Dragon is a compelling start.