ESPN and Fox Sports have interest in signing Robert Griffin III after he recently completed auditions at both networks, sources tell OutKick.

At either network, Griffin could pop up in various NFL and college football roles, sources note. ESPN and Fox share the Big 12, the conference in which Griffin played college QB.

While Griffin impressed ESPN and Fox, the door is not shut on a return to the NFL. It’s June 10 but an injury to a backup QB could put Griffin’s name back into the mix. 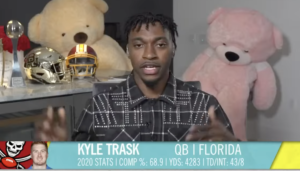 Last week, OutKick reported that Ariel Helwani is leaving ESPN. In a follow-up column, we explored what his departure says about the future of sports media.