Young is leaving on her own accord.

Inevitably, rumors will swirl about AEW. Young’s husband, Jon Moxley, is the current AEW Champion. While it would make sense, Young also has offers outside of the wrestling industry, sources say. This includes her recent cookbook deal.

With WWE, Young held several positions. Most notably as a color commentator on Monday Night Raw. Young also hosted FS1’s WWE Backstage. Earlier this summer, the network announced the program would no longer be produced weekly. 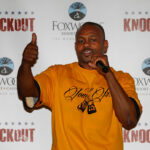 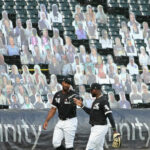