There’s nothing quite like an everyday sportscaster to get you motivated and help you stay undefeated.

That is at least part of the story behind Northwestern surging to a 17-7 win over No. 10 Wisconsin on Saturday to improve to 5-0.

The sportscaster in question is ESPN’s Reece Davis, who asked analyst Joey Galloway his thoughts on Northwestern last week on Tuesday Night Football.

Galloway intended to compliment the Wildcats’ scrappiness by comparing them to Davis.

Now, Davis is a fine sportscaster, but no one will be mentioning him in the same breath as a world-class athlete.

“Honestly, they’ve got a bunch of Rece Davises running around out there,” Galloway said, playfully.

Galloway implied that was his point — that Northwestern is getting it done despite lacking the natural athletes of a typical Big Ten power.

“They play the game the right way. They’re scrappy,” Galloway said. “They don’t make a lot of mistakes. They find ways to win.”

Well, depends on who you ask. If you ask Northwestern coach Pat Fitzgerald (and someone did), it was a dig at his team.

“I mean, that really ticked guys off, I’m not gonna lie to you,” Fitzgerald told reporters after the big win. “It was, I thought, incredibly disrespectful. I just talked to the guys about putting fuel in their engine, man. Just use that as fuel in the engine and just go out and play the way we’re capable.”

Fitzgerald continued, the Wildcats aren’t lacking the the department of pure natural gifts.

So far, the Wildcats are backing up their coach’s words. They are simply overpowering opponents. There has been nothing soft about them as they march through the conference. They have three very winnable games remaining — at Michigan State, at Minnesota and home vs. Illinois, respectively.

And hey, they at least have a catchy moniker. They ran off the field Saturday referring to themselves as the “Fighting Rece Davises.” 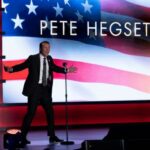 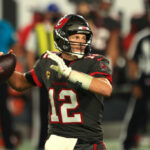