With Bill O’Brien already fired and Adam Gase, Matt Patricia, and Dan Quinn expected to be out later this season, now’s a good time to rank the job opportunities for the coaches sought by the Texans, Jets, Lions, and Falcons.

Of the four franchises, the Texans are in the biggest long-term mess right now, even though they have the best quarterback, Deshaun Watson. In part because of Watson’s new deal, the Texans project to be over the cap for next season. Bill O’Brien traded away Houston’s first- and second-round picks in 2021 to the Dolphins. We also don’t have any basis on which to evaluate the general manager because we don’t know who it will be.

The Lions are the biggest unknown here. On one hand, the franchise has been poorly operated for the entire Super Bowl era. On the other, there is new ownership now that Martha Ford transferred power to her daughter, Sheila Ford Hamp. If GM Bob Quinn is tossed out along with Patricia, this could be a great blank slate opportunity for a new regime looking to come in, set up roots, and compete in a couple years. Aaron Rodgers won’t be in the division forever, and the Bears and Vikings don’t seem set up for the long term right now either.

You could flip the Jets and Lions — or the Jets and the Falcons — if you wanted, and I wouldn’t be offended. GM Joe Douglas probably isn’t going anywhere, and he is respected from his days in Philadelphia. The ownership situation is a little unstable because Woody Johnson is President Trump’s ambassador to the UK, and he will likely resume control of the franchise from his son Christopher if Joe Biden wins the election. The Jets are going to be in contention to “earn” the first overall pick in Trevor Lawrence, they have Seattle’s first round draft picks for the next two years from the Jamal Adams trade, and they’re also going to have cap space.

While the Jets have more assets to improve their roster immediately, the Falcons are a stronger organization. Arthur Blank is well regarded. It is unknown whether GM Thomas Dimitroff would get the chance to pick the next coach if/when Dan Quinn is fired. And the new coach would be able to spend the entire 2021 season assessing QB Matt Ryan before deciding if he wants to keep him. The team holds the rights to Ryan through 2023 but could get out of his deal after next season. 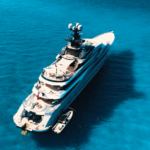 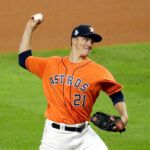