ESPN’s Rachel Nichols made a statement last night that if the NBA wants to claim equality as its mission statement, then consistency should be key. She questioned how the league could pay tribute to fallen politicians and actors, but not be a pioneer for women’s rights.

She’s absolutely right. This is the same argument conservatives made when the NBA decided to turn its back on China.

If the NBA wants to be taken seriously, it has to remain vigilant on ALL acts of injustice here or overseas.

Why wasn’t Ruth Bader Ginsburg honored by the NBA this weekend? In a league that absolutely holds equality as a core value, the icons of that equality can’t only include those who helped the men we see on TV, but those who paved the way for the women who work right alongside them pic.twitter.com/UiTktdFr5w

“If you are a league that holds equality as a core value, and I know for sure that this league does, the icons of that equality can’t be those who just helped the men that we all see on TV but those who paved the way for the women who worked right alongside them,” Nichols said. “After all, the NBA is significantly stronger because of all the women who work in it and around it. And we are all significantly stronger because a young lawyer dedicated her life to allow us to have those opportunities.”

Nichols recognizes the NBA is squandering an opportunity to build credibility with its audience. She understands commissioner Adam Silver can’t lead a coalition for human rights if Ruth Bader Ginsburg doesn’t make the cut for a tribute. So far, only a couple NBA accounts bothered tweeting about Ginsburg’s passing and that’s disappointing.

NBA players walked off the court to protest the shooting of Jacob Blake and crafted tributes for Congressman John Lewis, but a pioneer for women’s rights passes away and the NBA doesn’t have a word? The league’s silence was reminiscent of its backpedaling on China. Silver suggested how important human rights are to the league’s core mission, but conservatives rightly questioned, why not overseas?

What the NBA didn’t understand before they became social justice pioneers that there’s no right way to do this. If you make one mistake, that’s all it takes to be chastised in today’s social media climate. One misstep and that’s all the public needs to feel a message of “equality” was dampened.

Conservatives were right to use the NBA’s call for justice against them to push for fairness in China. Half the country was aware the league opened Pandora’s Box and couldn’t apply their “values” to all business ventures. Nichols usesdthat same NBA call for equality to make sure it’s equal for everybody.

The NBA wants to care about equality when it’s comfortable for them, but aren’t willing to keep that energy for all people. Men and women, overseas or not, should feel this league supporting them. That’s what the league signed up for when they went all in on social equality. 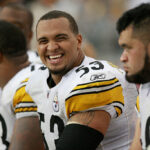 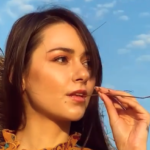