All season long we have utilized injury analysis to take advantage of lines in making our 5 Sunday picks for a cumulative record to date of 48-27-5, a +21 margin.
One final week to go. Hope to keep it rolling. A friend pointed out that my record would have me in sole possession of third place currently in the prestigious Westgate Super Contest, where there are thousands of entrants and the winner gets well over a million dollars. Two problems with that. First, I didn’t enter. Second, that contest only allows sides and I did select a small percentage of  totals. However, I did pick against Sunday morning lines as opposed to set lines like in that contest. One can dream. Maybe next year I will play it or get Outkick to sponsor me in it and have any winnings go to the readers.

In any case, I just hope to finish with another winning week. Week 17 picks are notoriously difficult with resting players. So far 13 out of the 16 weeks were on the winning side.

Half of Houston Starters Missing

The Titans should have a clear path to the AFC South crown with a win. The Texans are short O linemen, D linemen, WRs and DBs and have nothing but pride to play for. The Tennessee line opened at 4.5 but is now favored by 7 or 7.5 so obviously try to get the 7.

6 starters out on each side of ball for 49ers

The Seahawks have clinched the NFC West but still have playoff seeding and potential future home games to play for. Meanwhile, the 49ers have outperformed their injuries all season but with a dozen starters (and more backups) out, this seems to be too big a task this week. Seattle -6.5 seems to be the right side.

Both teams are eliminated from playoff contention in a meaningless game. In addition to Denver’s recent CB injuries and the D line, they have missed Von Miller all season and even now Bradley Chubb is in question. The health matchup favors the Raiders in a virtual pick-em game at -2.5.

A pair of C- defenses

The Vikings and Lions both have injury riddled defenses for this finale. Even without Dalvin Cook, Kirk Cousins and company should score. In typical fashion, Matt Stafford plays through injury and this should be a shootout. Take the over 53.5 or 54.

Win and Washington is in. Motivation and health seem to be against the Eagles who are eliminated. Alex Smith seems to be trending toward playing as wall as Antonio Gibson and Terry McLaurin. A dozen recent starters for the Eagles (six on each side of the ball) and that is enough to make the path clear. Washington opened as four point underdogs but now are the favorites. Try to get Washington -3.

Good luck. Hope everyone used www.profootballdoc.com to help win at fantasy/DFS/wagering. Next year, on to victory in the SuperContest. (one can dream). 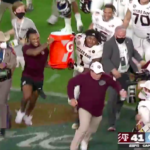 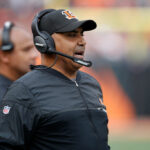