It wasn’t perfect, but it was a relatively good Sunday for injuries and for the ProFootballDoc injury advantages. Not 4-1 this week but 3-2 on Sunday keeps our overall weekly win streak alive.

The Ravens dominated and held a double-digit lead for most of the game, but the Eagles came back on a “jump ball” pass to make it close for a loss. The Falcons/Vikings expected shootout took some time to materialize, but in the end, the over hit given the injured two defenses for a comfortable win. Washington kept it close, and the two-point try at the end ensured the +3 was good enough. I hesitated to take the Dolphins giving almost 10 points but had to trust the Injury Index formula with the Jets injuries. Miami cruised easily 24-0. The Rams’ run game did indeed work to the clip of over 6 yards a carry based on defensive front injuries but they didn’t run enough, and the 49ers prevailed to give us our first week ever with two losses but we stay on the plus side this week.

Overall, our Sunday 5 picks through Week 6 has a record of 22-7-1 thanks to injury advantages that may not be accounted for in lines.

Here are the biggest new injury concerns coming out of Week 6 Sunday:

1) Miles Sanders – The Eagles RB had a defender on his back after a long run and fumbled as a result of twisting his knee. There does not appear to be a season ending major knee ligament tear but a meniscus tear is possible. An MRI is pending. If it shows a cartilage tear an arthroscopy, then a 3-week stint or more on IR may be forthcoming. He seems unlikely to play on the quick turnaround for the Thursday game versus the Giants.

2) Zach Ertz – The Eagles tight end injured his left ankle twice. The first time he returned after taping, and the second occurred at the end of his day. Neither seemed severe, but the ankle clearly affected his cutting. With TE Dallas Goedert already on IR, all three starting WRs injured, all 5 offensive lineman out or injured (C Jason Kelce has been playing with a hip issue), Carson Wentz is literally the last man standing on offense for the Eagles. It would require some luck for him to play on Thursday, but Ertz has not yet been ruled out.

3) Mark Ingram – The Ravens RB hurt his ankle in a pile but returned to play before it got sore and more swollen and knocked him from the game. I believe it to be a typical moderate ankle sprain and not high in nature. The score at the time could have contributed to the decision to have Ingram sit out. I do not expect IR and do think he will have a fast return.

4) Raheem Mostert – The 49ers running back was forced out of the game with an ankle sprain. He tried to return for one play but couldn’t, and he remained in uniform standing on the sidelines. Because it does not appear to be a high ankle sprain, his return could be quick. Mostert just got back from a knee MCL sprain that led to a several-week absence.

5) DeVante Parker – The Dolphins was injured again and left the game with a groin issue. He has had a rough year with a hamstring and then ankle issues. Hopefully the groin injury is mild and being ruled out was more related to the big lead than the severity of the injury. In the end, groin strains are tough on wide outs, and I would not be surprised to see a short absence.

6) Jonnu Smith – The Titans TE injured his ankle in the third quarter. He had it taped up and then ran sprints on the sidelines but did not return. Based on a limited video, it looks like he has a standard low ankle inversion sprain and has a reasonable chance to play next week or shortly thereafter.

7) Baker Mayfield – The Browns QB played poorly against the division rival Steelers. He came into the game with rib and shoulder joint issues but could not finish the game. He was ultimately replaced by Case Keenum in the rout. There was no clear hit for re-injury, but Mayfield should fare better next week vs the Bengals.

8) Devin Bush – In game, it seemed Bush tore his ACL as we posted. (insert attachment from www.profootballdoc.com post above) and early word of tear was confirmed post game. This will be a huge blow to the Steelers’ defense.

9) Mike Hughes – The Vikings No. 1 cornerback had just returned last week from neck injury, and he left again with neck problems. The worry is that he has aggravated the same issue. If so, I wouldn’t be surprised if an IR stint is in his future.

10) Taylor Lewan – The in-game video of his injury gave only one replay angle, but but it’s possible he suffered an ACL tear. An MRI is pending. In my 17 years as a head NFL team physician, I never left the field without diagnosing an ACL tear by exam. The MRI just confirms the diagnosis. The Titans star left tackle will likely require surgery, ending his 2020 season.

Joe Mixon finished the game with his foot/ankle issue, and Calvin Ridley was not injured but had cramping.

For the rest of the injuries, head to the free injury website www.profootballdoc.com or listen to the ProFootballDoc Podcast at OutKick. 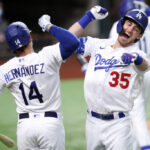 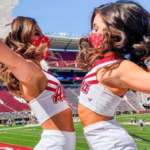