Sunday Week 10 proved to be a rough day for our injury-related picks, as the overall record drops to 32-20-3. The day was even rougher for Joe Burrow, who had Cincinnati leading Washington 9-7 but whose Bengals didn’t score after he was carted off the field. The Bengals ultimately lost 20-9.

There will be three games on Thanksgiving Day, and the lines of all three may move. Two have already moved in the direction we predicted since we posted the line movers videos at www.profootballdoc.com. The Lions may miss D’Andre Swift, Kenny Golladay and Danny Amendola again, and that line has moved from Texans -1.5 to -2.5. It may continue to -3 after injury reports are released this week. The Ravens may miss three top players in their front seven. That line started with Steelers -2.5, is already -3 and may continue to -3.5.

1. Joe Burrow – The Bengals QB was hit on his lead leg. We posted in game that he likely tore his ACL and MCL and is done for the season. The ACL part seems to be confirmed. The MCL part hasn’t yet been confirmed but should be. He will need surgery and has a chance to be ready for Week 1 of 2021. This is why Tom Brady still wears a brace on the lead leg. This is why the league outlawed hits to the QB below the waist. This is eerily similar to Carson Palmer’s knee injury on the second play of the 2006 Wild Card playoff game. Best wishes to Joey B.

2. Philip Rivers – The Colts QB led his team to a big come-from-behind OT victory over the Packers but missed some snaps with a toe issue. He appeared to suffer the injury when blocking Za’Darius Smith on a reverse. He finished the game with a slight limp. It is his right plant foot, but this mild turf toe type injury should not be a big deal. Rivers has good arm strength and is not known for his mobility anyways. Besides, his league-high consecutive starts streak is at 234 games for the regular season, so he has played though worse injuries than this many times.

3. Rex Burkhead – The news does not seem good. According to video, he had at least an MCL tear and likely an ACL tear. It seems his season is over. Sony Michel is poised to be activated next week, but this is a major disappointment for Burkhead and means season-ending surgery with implications for 2021 as well.

4. Julio Jones – The Falcons wide out was in and out of the game but still caught balls. It appeared his hamstring started to bother him again on a blocking play. An 85% Jones is still pretty good, and he was effective. He has struggled through this injury for a while and likely will continue to struggle.

5. Juju Smith-Schuster – The Steelers wide out injured his toe and then turned his ankle on an official’s flag. Neither injury is considered significant, and he was likely held out because of the score in the 4th quarter and the quick turnaround to play on Thanksgiving. Expect Smith-Schuster to be full go on Thursday night.

6. Randall Cobb – The Texans wide receiver suffered a significant toe injury on his touchdown catch as the defender landed on the back of his heel jamming the toe. The worry is for a bad turf toe where the plantar plate is torn. If so, this would mean surgery and the end of his season.

7. Jayon Brown – The Titans middle linebacker indeed broke his elbow and is done for the season. We indicated the possibility of a radial head fracture, and he was confirmed with a fracture dislocation. A big win and a tough loss for the Titans this week.

8. Matt Judon – The Ravens outside linebacker injured his right ankle in overtime. According to video, he suffered an inversion sprain. On a normal week, I believe he would play, but Baltimore plays on Thanksgiving. They will definitely need him as Calais Campbell and Brandon Williams have been missing with injury.

9. Josh Allen – The Jaguars edge rusher exited with a significant left knee injury. He could not really put weight on it. There was no good replay, so we have to wait for the all-22 to get a prognosis. However, it seems likely that he will miss some time.

10. Lane Johnson and Jason Kelce – The Eagles offensive line continues with injuries. Kelce hyperextended his elbow and returned after halftime with an elbow brace, as expected. Now, Johnson may miss some time with a neck issue added to his ankle, knee and shoulder issue. This has not been the right tackle’s season, and it may finally be time to allow a chance for a full recovery. I wouldn’t be surprised to see him on IR.

Listen to ProFootballDoc Podcast at OutKick for the full injury rundown later today, and go to www.profootballdoc.com to see which ways the lines might move to get down on a good number early without having to buy points. 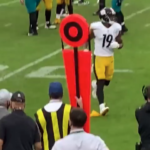 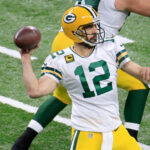