Given that it will be a battle of two top QBs Russell Wilson and Kyler Murray, who can both run and throw, points are to be expected. Tonight, the scoring may come even more easily because of defensive injuries.

Chris Carson is likely to miss another game, but no matter. Carlos Hyde should be back running the ball. More importantly, the Cardinals defensive line is severely limited. They have lost all three starters in their 3-4 defense and will miss five of the team’s total eight defensive linemen due to injury. The latest key injury was to nose tackle Corey Peters, who is out with a patella tendon rupture (which we indicated in game on Sunday and now confirmed). These D line injuries don’t even take into account that their best pass rusher Chandler Jones is out for the season. If the game is won up front, the Cardinals could be in trouble.

The Cardinals also have issues on the back end of the defense. Corner Dre Kirkpatrick is coming off a thigh injury, and safety Budda Baker has residuals of a groin strain. Seahawks receivers DK Metcalf and Tyler Lockett are ready. Lockett is questionable with a knee sprain, but based on our review of video, he should play and be effective.
Kenyan Drake is back and healthy after a high ankle sprain. More importantly, Murray has a top receiving corps in DeAndre Hopkins, Christian Kirk and Larry Fitzgerald, who are all healthy. They face a Seahawks team with defensive struggles and two top corners out with injury.

The total already started high Sunday night at 56.5. However, we advised at www.profootballdoc.com that it still might go up even more, and it has to 57.5, which makes it nearly the highest total this season. With the superior health grades of both offenses compared to the defenses, I wouldn’t be afraid of the high total. Given the massive Arizona defensive line injuries, Seattle seem the safe side even when laying the three points.

Enjoy the shootout. For more details on this game and others as well as injury news in game as they happen, go to www.profootballdoc.com and sign up for free. 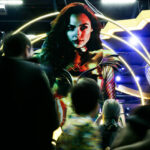 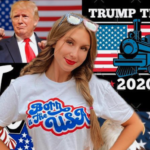