Another great week of questions for the Outkick Media Mailbag.

“Presidential Debate [tomorrow] has to break the 2016 record for viewership, right? I would be shocked if it doesn’t.”

A great question to start with.

Trump-Biden doesn’t have the mystique of Trump-Clinton. Joe Biden is a boring candidate. His “lids” are more newsworthy than his policies. Hillary Clinton was a controversial figure who viewers tuned in to root against. On the Democratic side, the interest is not close to akin. Though, there is intrigue to see if Biden can hold up on stage across from Trump.

President Trump is still the country’s most polarizing, interesting personality. However, in the 2016 debate, viewers needed to see Trump with their own eyes. For millions, the first presidential debate confirmed a wild-card, a non-politician, a celebrity could run the country.

Four years ago, routine Republican voters were contemplating if they could get behind Trump. Today, whether it is yes or no, that decision is made.

That said, Tuesday comes with a topic-advantage.

Political and social issues are now more widespread in interest. 2016 was divisive; 2020 is historically toxic. With the culture war at a peak, racial issues at the height of the conversation, and a global pandemic — few Americans don’t hold strong opinions on tomorrow’s topics.

To answer the question: I don’t see record-breaking. I predict lower viewership than Trump-Clinton. For the reasons in the third and fourth paragraphs, I’ll go 73 million viewers.

From a general standpoint, the media leans very far left even the sports media (Max Kellerman rant [last week]) what percent of media do you think is liberal compared to conservative? From my perspective it’s about 90-10.

A lot to get to here.

Will Cain was labeled “the conservative.” As weird and telling as that was, it also wasn’t accurate. I can tell you, there were and are more conservatives in sports media. Cain just didn’t hide it and didn’t fear the backlash.

Fear drives sports media. Social media amplifies fear. There is an industry-wide fear that if one disagrees with the Left’s stance on racial issues, they will be labeled a “racist.” Thus, executives let Jalen Rose, Mark Jones, and Max Kellerman push misinformation that diminishes the company’s credibility. It’s why far-left talents are being aggressively promoted: Elle Duncan, Michael Eaves, and Domonique Foxworth. Most importantly, it is why anyone who is conservative or even moderate hides their political beliefs.

It’s disappointing, it’s wrong, and a disservice to sports fans. But it is reality.

I don’t believe there is a single on-air employee at ESPN who would publicly oppose the nonsense, the idiocy vocalized last week by Mark Jones and Max Kellerman. If Jones stood up for police, if Kellerman blamed riots on the Left, ESPN talents would gather together like hyenas to bring them down.

Sports media is more reckless and far-left than news media. CNN and MSNBC at least read the news before bloviating. ESPN skips that necessary step and goes right into opinions absent of facts and pushback.

Until someone in power has the backbone to point out the double-standard, the hypocrisy, and the lies — nothing is changing.

It seems like Fox News prioritizes weekend programming more than competitors. They have all-stars on both Sat. and Sun.

Why do you think that is? Waste? Good idea?

Networks have overlooked the value of weekend programming. On weekends, most channels punt in key time slots that attract viewers who can’t watch during the week.

In addition to serving different demographics, aggressive weekend programming builds talents up. It provides the reps to transition to higher programming.

Fox News Sunday differs as it airs on broadcast TV and competes with NBC’s Meet the Press and CBS’s Face of Nation.

CNN doesn’t completely punt, though its weekend programs are not leaving strong marks.

MSNBC’s weekend morning slot is the lead hole. With the Morning Joe, MSNBC rates well Monday-Friday mornings; the network is a non-factor on early Saturdays and Sundays.

I’d take it a step further; sports networks should also look to bolster up their weekend lineups when live sports don’t interfere. 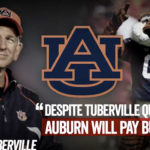 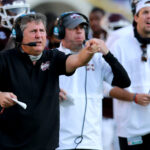