The Sandusky (OH) Fire Department was called out to Big Island Preserve on Lake Erie Friday after a powerboat ran ashore. A man who claims to have been a passenger on the boat reports it “suffered a starboard trim tab failure” that sent the boat sideways, but the captain was able to bring it ashore at a slow speed.

Elliott Maurice, commenting on Facebook, says he was on the boat and the captain saved passengers from serious injury.

“I was aboard the boat. It suffered a starboard trim tab failure mid turn an threw the back end violently sideways. The captain is a highly competent boat operator with over 30 years of experience and had not been drinking,” Maurice said on the Sandusky Fire Department post.

“He miraculously recovered the boat and shrugged nearly 40mph off in under a second. The proximity to the marker and wall is such a short distance he had nowhere to go. The impact was minimal however 7 tons of boat hit the break wall at under 5mph straight on and glided up the bank. The immediate concern of the captain was the occupants first and their safety. Then shutting the fuel down and the electrics. One crew member suffered a small laceration to her head and no other injuries were sustained. The captain once all were safely off the boat immediately drove the injured person to hospital to check for any head trauma. Sandusky Fire and rescue were immediately at the scene and are absolutely amazing. This could have been a lethal crash if it was not for the experience and competence of the captain. I am thankful to him and god for watching over us yesterday.”

Big Island Reserve appears to be part of the Pipe Creek Wilderness Area near Cedar Point in Sandusky: 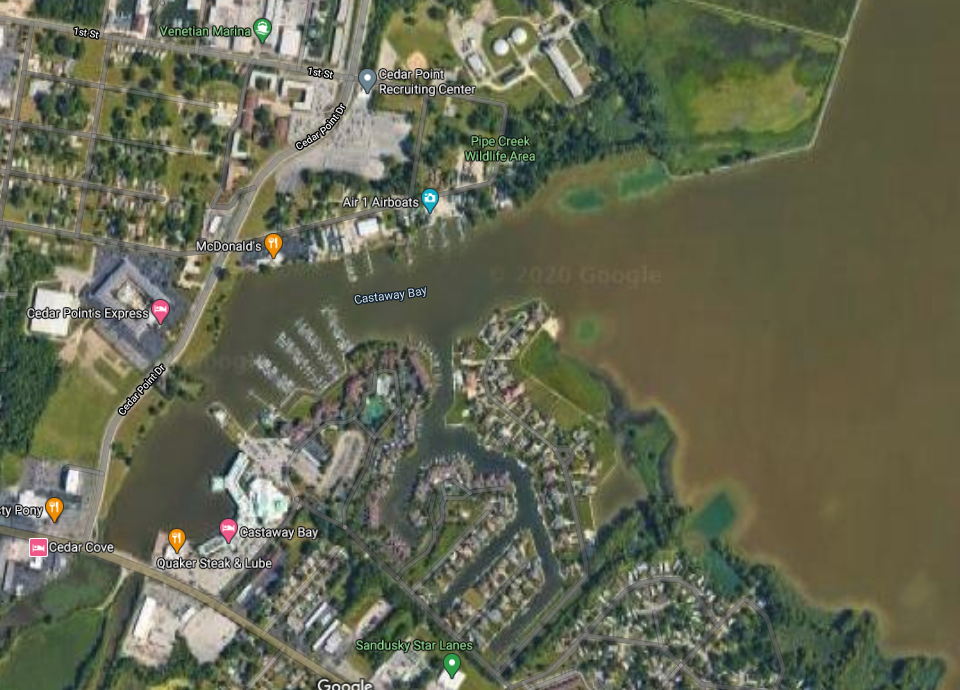 Just another day at SFD. Aerial photos courtesy of SFD 971 🚁😏

Posted by City of Sandusky Fire Department on Friday, August 21, 2020