Portland State football coach Bruce Barnum seems like the type of guy you want to sit down with to consume a bowl of chili and several draft beers. Before this week, ‘Barney,’ as his players call him, has quietly gone about his coaching business out on the West coast where he’s been the head man at PSU since 2015 when he beat Washington State in his first game and was rewarded with a five-year contract.

“I really love this job,” Barnum once told a reporter.

And now the 57-year-old coach who looks like he can work his way through whatever the bar is serving on draft, is offering fans the chance to come have a beer while he coaches the Vikings against Western Oregon this Saturday at Hillsboro Stadium.

Bruce is so jacked up for this year’s team that he’s offering to buy a beer for fans who show up to this week’s game. Come have a beer and watch Bruce’s team. A simple offer.

“I’ve got to get people to see my kids,” Barnum told John Canzano of The Oregonian. “I like my team.” 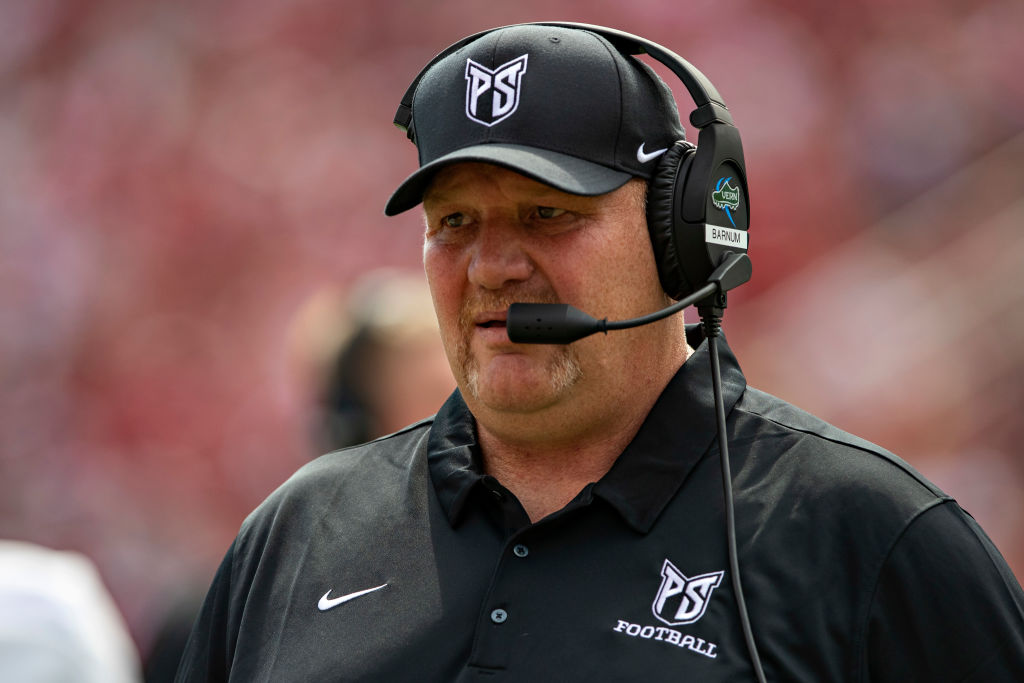 And so the guy who once gave $15,000 in performance bonuses he’d earned to his assistant coaches is ready to give back again.

“I’ve got a deal for you,” Barnum told Canzano, “anybody who heard me on your show… just say ‘I heard Barney on the BFT’ at the Barney Beer Garden and I’ll buy your beer.

“I’m not buying your ticket, but I’ll buy your beer.”

After two road losses to Hawaii and Washington State, Barnum is ready to get the home schedule fired up. Barnum knows he’s in a fight for his life with a program that has played just one game — a 48-7 loss to Montana in April — since 2019 after canceling its 2020 season.

In 2019, the program had an average attendance of 4,000 per game while playing in a Big Sky conference where Montana averages 23,000 fans per game. There have been calls to just fold the program.

But Bruce Barnum isn’t going down without a fight, and a beer offer that you can be sure some will take him up on this Saturday at 2 p.m. vs. Western Oregon.