An Auburn Tigers fan is dead after an argument over the Alabama-Texas A&M game erupted in gunshots Saturday night in Bessemer, Alabama. Police say Kealand Amad Pickens, 27, was shot several times in the torso and was pronounced dead at UAB Hospital.

The initial report, according to police, is that the suspect and Pickens were in an argument while watching the game when the homeowner told both to leave the residence. Outside the house, shots were fired. Those still inside the residence went outside and found Pickens shot.

At this time, police aren’t naming a suspect.

WBRC reports that the argument was “over which team was better.”

Shortly before being shot and killed, Pickens updated his Facebook with a screenshot of the halftime score of the game with a message of “My damn.” 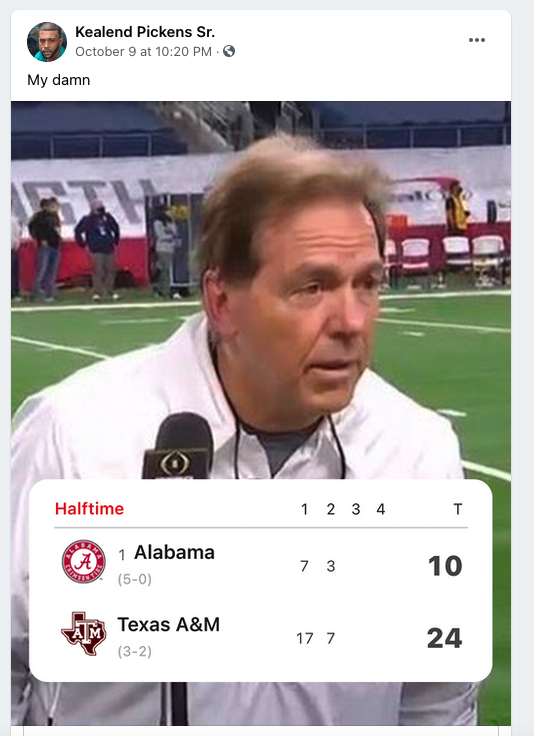