Our friends at Pfizer are offering a fellowship to “advance students and early career [workers].”

It’s a great opportunity — unless you are white. If you were born with a white skin color you need not apply.

Pfizer says it will not consider white people for the “first of its kind” fellowship. No whites allowed. One must be of Black/African, Latino / Hispanic, and Native American descent to apply.

“This Pfizer program is so flagrantly illegal I seriously wonder how it passed internal review by its general counsel,” says Adam Mortara.

One could argue that discriminating against people for their white skin color is a form of discrimination. But, of course, we live in bizarro world in which words have subjective definitions.

“Major corporations seem to have forgotten that there’s such a thing as law,” argued Gail Heriot, a law professor at the University of San Diego who is also a member of the US Commission on Civil Rights.

“[This] is a clear case of liability,” Heriot concludes. 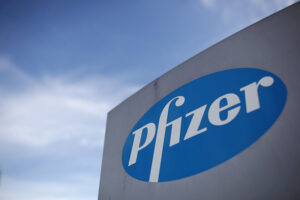 Are woke policies above the law? We shall find out. In addition to Pfizer practicing racism, a Minneapolis school district agreed to a new contract with a teacher union that stipulates all fired teachers must be white.

The activist group Judicial Watch announced it had filed a lawsuit against the district on behalf of a Minneapolis taxpayer.

There are consequences to wokeness, such as a plan to fight racism with racism. Not only does 2022 mandate we ban white people from applying for fellowships, but it also asks that we fire them in the form of a remedy.

I prefer harsher punishments for those born white, but that’s just me.

Nonetheless, we can now say with confidence that Pfizer is both corrupt and racist. Impressive.