The Pennsylvania Interscholastic Athletic Association voted 25-5 — against the wishes of Governor Tom Wolf — to permit high school football to be played this fall.

“The Board agrees the decision to compete in athletics should be made locally allowing for each school entity to decide whether to proceed and which sports to sponsor. As the health and safety of students is paramount in moving forward with athletics, the Board believes that through each member schools’ adherence to their developed school health and safety plans and the PIAA Return to Competition guidelines sports can continue.”

Governor Wolf issued a recommendation in early August stating high school sports should be delayed until January 1, 2021. “The guidance is we should avoid any congregate settings. And that means anything that brings people together is going to help that virus get us. We ought to do everything we can to defeat that virus.”

Today’s decision from the PIAA means Pitt, Temple, the Eagles, Steelers and high school football will be played this fall while Penn State won’t be playing.

While it’s great news to have high school football back in the state of Pennsylvania, Mike White from the Pittsburgh Post-Gazette is reporting a “no spectator” rule will apply to the entire state. The PIAA hopes to have that rule changed, according to White. 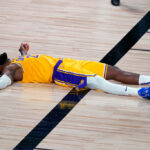 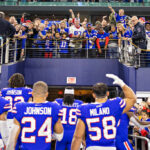