The college football gambling picks are, in a word, struggling.

We went 3-7 last week, which ran our season record to a really putrid 21-30. There’s only one explanation for this — COVID.

In all seriousness, there’s a deep irony here in me fighting harder for college football to be played this fall than any media member in the country and then ending up having my worst start to the college football gambling season in OutKick picks history.

We’ve got to get rolling here, and soon.

On the flip side, our NFL OutKick Six Pack of Picks is presently 25-12, so I hope you’ve at least been playing some of those as well.

I do have good news for many of you, however. In truly excellent news for those of you reading this right now in the state of Tennessee, online sports gambling will officially become legal in Tennessee on Sunday. That’s right, if you live in Tennessee, or ever cross the border into Tennessee, you will be able to bet on the NFL come Sunday. Right now you get $50 just for signing up for an account. Plus, there will be great offers on Sunday for you on NFL games, particularly the Titans-Bengals game. So go sign up today.

I also enjoyed meeting several of the OutKick VIPs at the Knoxville Alabama-Tennessee meet-up event. We’ll continue to have more of these events — in the past month we’ve done events in Nashville and Knoxville — as travel around the country becomes more common.

Boston College is quietly putting together a decent ACC season, sitting at 4-2 on the year.

Meanwhile Clemson has no doubt they can trounce Boston College, and they’re sitting a week out from their big trip to South Bend to take on the Fighting Irish. (I already want to bet Clemson in this game).

Clemson wins, but not massively enough to cover the 31 point line.

The Spartans are awful.

So bad that they lost to Rutgers by double digits last week. Now they go on the road against Michigan, and Jim Harbaugh is smelling blood in the water here.

Michigan has won two in a row in this series, and last year they destroyed Michigan State 44-10

It’s more of the same Saturday, with Michigan rolling big.

In order to get our mojo back, I’m pulling the first double blood bank guarantee of the year — tap the veins, boys and girls, Georgia absolutely obliterates Kentucky.

The Kentucky offense is essentially invisible. (Unless Jarrett Guarantano is playing quarterback on the other side.)

Last week’s game at Missouri was an embarrassment for Kentucky. They couldn’t do anything on offense and gave up 43 minutes of possession to Mizzou.

While the defense is decent, this week a fresh Georgia will run the ball down their throats and grind out drive after drive, eventually tiring out the Kentucky defensive front.

Worse than that side of the ball for Kentucky, however, the Georgia defense is one of the top five in the nation, and Kentucky has no real offensive playmakers to handle the Georgia speed. Need more bad news? Georgia had a bye week before this game, meaning they’ve been itching to get back on the field and wipe away the second half Alabama performance.

This feels like a 28-3 or 31-6 romp. Which is why I love Georgia as my blood bank guarantee, but then I also like the under as well. The only thing, by the way, that makes me nervous about the under is if Kentucky starts turning the ball over, Georgia could hit the over by themselves, but I don’t think that will happen.

I see a low-scoring, plodding game.

So tap the vein on the Bulldogs covering and then hit the under as well.

Auburn is not good. In fact, if the SEC had accurately applied the replay rules this year, you could make the case Auburn would be 1-4 or maybe even 0-5 on the season.

Meanwhile it felt to me like LSU got their mojo back last week against South Carolina.

That’s essentially what this bet is about. I don’t believe in Auburn, and I think LSU is cycling back up on defense and starting to play to their level of talent on offense.

This is a show me game for Mike Gundy and the Cowboys.

Are they for real as a playoff contender or will they do what happens often in the Big 12 and fade down the stretch run of the season?

Gundy has owned Texas over the past several years, winning four of the past five games. But last year was a win for Texas so there’s a bit of a leak in the Cowboy hat.

Meanwhile, for Texas, this is a monster game for Tom Herman. He just lost his five star stud quarterback commit and Texas is just 19-12 in the Big 12, just 2-2 in his fourth year atop the program. The luster of the ten win second season — and Sugar Bowl victory over Georgia — has faded fast.

Texas is, most assuredly, not back.

Which is why I think Mike Gundy’s squad wins by a touchdown or more and Tom Herman is in serious trouble by the time this game ends.

Mississippi State at Alabama, the under 63.5

My goodness, what a wild ride it has been for Mike Leach already at Mississippi State.

He won in week one at LSU, but has since lost three straight games and seen several players abandon his program. This has quickly turned into a rebuilding situation.

And you don’t want to be rebuilding against Alabama.

The Tide defense is improving and their offense is off the charts talented, even with the Jaylen Waddle injury. Unfortunately for the Bulldogs, Mississippi State isn’t playing well on offense and they are turning it over quite a bit. That’s a bad combo for keeping this game close against Alabama.

But the number is all the way out to 31 so I think the value here is on Alabama shutting down State and winning something like 42-14.

Which is why, MORE COWBELL, the under’s the play.

This is my second blood bank guarantee of the week, I love Penn State to cover here.

I know, I know, Penn State lost to Indiana last week, you’re all screaming as you read this pick.

Just looking at yardage totals Penn State should have easily won this game by double digits.

Instead they lost by one on the final play of the game in overtime.

Tap the veins, boys and girls, Penn State covers with ease, it’s my second blood bank guarantee of the week.

The biggest surprise in the SEC this season is Arkansas, who should be 3-1 on the season. Sam Pittman put together a fantastic staff with Barry Odom on defense and Kendal Briles on offense. This staff has the Razorbacks getting the utmost out of their talent.

On the other side of the field, Texas A&M is a legit contender for the college football playoff even though most people haven’t noticed it yet. The Aggies have a great shot at running the table and finishing 9-1. But to do that they have to avoid stumbles in games such as these.

This game, which has been played in Dallas at Jerry World for the past six seasons, has been decided by 12 points or less for eight of the past ten seasons. A&M has won eight in a row, often in excruciating fashion for Razorback fans.

So what happens this weekend?

The Aggies win by single digits, giving you yet another cover, but keeping the Aggies in line for a playoff shot to start November.

The second biggest surprise this season in the SEC? Mizzou being 2-2 after four games. Eli Drinkwitz has done a phenomenal job getting his team ready the past two games: underdog wins over LSU and over Kentucky.

Now Mizzou has its biggest test yet — a road game against a Florida team that has been sidelined with covid since a loss at Texas A&M nearly three weeks ago. The Gators still have seven straight weeks of football to play, potentially eight straight weeks if they were to win the SEC East.

And that SEC East title comes down to the Cocktail Party, which is next week in Jacksonville.

But first they have Mizzou on tap.

The Gator defense has been bad through three games and I don’t see why sitting out three weeks is going to make it better. Especially not with Connor Bazelak getting better with each start.

Give me Mizzou to lose by single digits, which means you get another cover.

There you have it boys and girls, we’re going 10-0 and the blood bank guarantee is hitting twice too.

You can legally gamble in Tennessee starting Sunday morning! Go sign up now for gambling in Tennessee right now and get $50 deposited in your account. 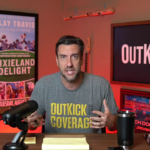 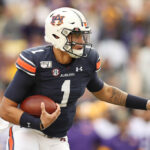