Good news to begin the weekly gambling picks column. We had a winning week in college football over Thanksgiving weekend, and we are headed to a winning week in the NFL, provided the Steelers can cover the -4 line we gave out last week in the OutKick NFL Six Pack. (The Ravens are presently a 10.5 point underdog, meaning all of you who hopped on the Steelers have a decent middle now.)

We went 4-3 in our college picks to put our season record at a disappointing 42-52. In the OutKick NFL Six Pack, we went 2-2-1 with a hopeful win coming in our direction from the Steelers. Even without the win, we are at 40-25 on the season in the NFL.

I’ll give you my NFL picks for the upcoming week tomorrow, but in the meantime, good news for the states of Tennessee, Michigan and Virginia. It’s now legal to gamble on sports in Tennessee and Michigan, and Virginia will be legal very soon as well. So if you combine that with Colorado, Indiana, Illinois, Iowa, West Virginia, Pennsylvania and New Jersey, we are about to be at ten states where online sports gambling is 100% legal. That’s pretty fantastic. What’s even more fantastic than that? A free wager of up to $1000 that you can’t lose if you go sign up now. Remember, you don’t have to live in any of these states, you just have to be in them to place your bets. So if you’re traveling for work or the holidays, go get signed up today as well.

Okay, here we go with the picks.

Auburn is not a good football team. They just aren’t. Worse than that, they can’t stop the run. And Texas A&M is coming to town with a good rushing attack and a salty disposition after the Aggies were disrespected coming off a game against LSU, where they had complete control throughout.

So what happens this weekend?

I think the Aggies run all over Gus Malzahn’s defense and win by double digits in an effort to buttress their playoff hopes.

That makes A&M by less than a touchdown money in the bank.

Worse than that, however, is that Tennessee really hasn’t covered anyone all season, and they haven’t gotten much pressure on the quarterback either.

That’s a really bad combination against a Dan Mullen offense.

Add in the fact that, so far, Jeremy Pruitt’s Tennessee teams have lost by 26 and 31 points to inferior Gator teams, and I don’t see this one being close.

Add in the fact that I’m hearing Tennessee will likely have several players out with COVID — not to mention a defensive player who was arrested on drug and gun charges — and that doesn’t bode well for the Vol chances.

Give me the Gators by twenty or more.

What happens when you decide to turn your football season into a stunt? The players revolt. That’s where we are right now with the Vanderbilt football team.

In the wake of women’s-soccer-player-turned-blue-checkmark-hero Sarah Fuller lecturing the team for not cheering for each other enough on the sideline during halftime, “kicking” off to begin the second half, and then Derek Mason being fired, Vanderbilt is dealing with internal team strife.

Internal team strife is never good, but it’s even worse when your team is already 0-8 and coming off its worst performance of the season.

On the other sideline, Georgia has been getting disrespected by most of the national media who are ripping the Bulldog playoff ranking as being too high.

So what happens in this game?

I don’t think Vanderbilt scores, and Georgia posts 45 or more on the Commodores.

In a battle of the two most impressive coaching performances in the SEC this fall, Eli Drinkwitz’s Missouri team tries to notch their fifth victory of the season and Arkansas tries to nab their fourth. Both of these win totals are already wildly ahead of expectations for each of these first year coaches.

I like Connor Bazelak to keep things rolling for Mizzou and get the cover here.

But remember that former Missouri coach Barry Odom is now the defensive coordinator for Arkansas, meaning he knows the team he’s going up against very well. So I also like the under here in this border battle.

One of the most difficult teams to figure out so far this year has been Michigan State. Coming off of back-to-back drubbings at the hands of Iowa and Indiana, during which the Spartans scored only seven points, they upset Northwestern as a double-digit underdog.

Who saw that coming?

So what in the world can you expect here?

As if that weren’t difficult enough to predict, Ohio State is scheduled to come to town despite COVID issues on its team.

So what can we expect from the Buckeyes, and which players might not be playing? It’s all a big mess.

And big messes, typically, favor the underdogs. Which is why I’m taking Michigan State plus all the points in this one.

Liberty at Coastal Carolina, the over 57.5

College Gameday is headed to Myrtle Beach, South Carolina for this game, and I’ll guarantee you not a person reading this picks column — except for maybe Hugh Freeze and Jamey Chadwell or members of their staffs — would have ever believed this game would have the cachet that it does.

Ultimately, you’ve got two really skilled offensive coaches going head-to-head with a monster television audience, including several people making decisions on whom to hire for their open coaching jobs.

Hop on the over, and enjoy the ride.

South Carolina at Kentucky, the under 48.5

Congrats to South Carolina and Kentucky, both teams are set to complete their seasons on Saturday, the first SEC football teams to ever play ten conference games in a season.

That’s honestly a tremendous accomplishment, regardless of their record, given all the challenges that this season has brought to everyone.

The Gamecocks, in particular, are wobbling to a merciful end to their season after Will Muschamp’s firing and several players deciding they didn’t want to play going forward.

Meanwhile Kentucky, outside of its big win against Tennessee, has had a fairly disappointing season too. They lost every close game they were in, and as a result, 4-6 is the best they can do on the season.

Coming off back-to-back games against Alabama and Florida, where they were outscored by a combined 97-13, I expect the Wildcats to finish their season in style with a relatively easy win over the Gamecocks.

But I also expect South Carolina to struggle to put many points on the board.

Meaning the safest and easiest bet here is on the under.

How often does Nick Saban get an opportunity to exact revenge on an opponent he lost to last season in back-to-back weeks?

But that’s where we are right now.

Coming off a vengeful drubbing of Auburn, I expect for Alabama to deliver an epic beatdown on LSU to make up for last year’s loss and Ed Orgeron’s national title that probably still keeps Nick Saban up at night.

Toss in the fact that Saban is back on the sidelines after missing a game for COVID, and I expect the Alabama intensity to be off the charts.

The Tide rolls by thirty or more.

Get your bets in now. 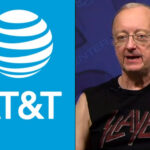 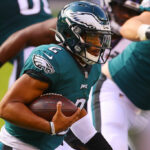