Exciting news, Outkick readers: We have teamed up with Dixie Vodka to take on cancel culture.

This brand first got on my radar after I was reading about the debacle Dixie Beer created for itself by succumbing to the PC mob and deciding to rebrand. One hundred years of proud local history and a legacy of hardworking employees just tossed aside. I’m sure this will come as a shock, but loyal fans of the brand have tossed Dixie Beer aside just like the brand did with its history. Talk about an absolute disaster.

As someone that proudly calls the South home, seeing a brand from my region taken out by the CancelBros is disheartening. There are many other companies from this region that incorporate “Dixie” into their brand name and employ thousands of hardworking people. I have been watching them closely to see what steps they take next, and I could not be prouder of what I have seen from Charleston-based Dixie Vodka.

At Outkick, we fight for and serve our millions of monthly viewers, readers, and listeners the content they can’t find anywhere else. It has been that way since day one, and you can count on that to never change.

As I said when I brought in my now business partner, Jason Whitlock:

I know many of you share my concern about our country today, a place where feelings are prized over facts, where emotion and anger have replaced logic and reason. A place where if your opinions make someone uncomfortable, you are encouraged to stay quiet lest you offend the delicate sensibilities of others.

Read it here. Your brand and your values should not be dictated by a non-sensical PC mob.

From what I have seen from Matti Christian Anttila, founder of Dixie Vodka, that type of determination and belief in values is definitely shared by his company. In the face of a mob, Anttila stood up for his brand and a region that is being misrepresented by saying “no” when they came for Dixie Vodka.

“When people asked whether we would be changing our name, my answer was a definitive ‘no.’ We made that clear in a Facebook post shortly after the Dixie Chicks announcement, and the response from our fans was overwhelmingly positive,” Anttila stated. “They appreciated us sticking up for ourselves and sticking up for the region, their home and, given the popularity of the name Dixie in the South, even their own name.”

Anttila added, “Unlike the Dixie Chicks, Dixie Beer and whoever else decides to drop the Dixie name, we see carrying the Dixie handle as a powerful advantage in helping to define what we collectively want the South to mean today. We’re proud to carry the Dixie name and represent the best of the South in 2020.”

Right then I was sold, but here’s why I really like Dixie Vodka. They care about providing a well-crafted, independent, and home-grown product. That’s how you become the leading craft vodka produced in the Southeast and the Official Vodka of NASCAR.

We are aligned with Dixie Vodka, and our shared values will not succumb to cancel culture. A cancer that is spreading across the country leaving destroyed brands and alienated loyal consumers in its wake.

Listen, with what has been happening this year from the mob, Anttila wasn’t surprised that his brand’s name would be revisited by those who don’t know the true origins of the “Dixie” name. “When the Dixie Chicks decided to drop ‘Dixie’ from their name and become just ‘The Chicks,’ I knew it would renew the debate on the term ‘Dixie,’” Anttila tells us.

Unfortunately, the PC mob and these CancelBros spend all their time on Twitter and not enough time learning their history. If they did then they would know where and how the name “Dixie” came into existence. Posting emotions that fit an agenda all over Twitter is a lot easier than learning some history first.

Here is your history lesson, get smart: By most accounts, the word “Dixie” did not come from the Mason-Dixon line. That’s a common misconception for those that don’t know the true origin. Dixie came into use back in the 1830s and draws from Louisiana’s French heritage. $10 notes with the French word for ten, “Dix,” written on the back were first issued by the Citizen’s Bank of Louisiana, one of the most respected banks in the southern region. As time progressed, this currency became commonly known as “Dixie Notes,” leading to the nickname “Dixieland” for the region they were available and eventually becoming “Dixie” for the broader Southern region.

That took me about five seconds to find on Google.

Sorry CancelBros, but your tricks aren’t working here. Dixie Vodka stayed true to their brand and defended their values to the applause and appreciation of their customers.

I’m confident there has never been a more important time for our site to be expanding aggressively across the country. We need to have honest conversations in this country, we need real debate, we don’t need artificial banalities, we need fearless content rooted in intelligence and fact-based data.

In the weeks and months ahead, Outkick will be rapidly expanding our footprint in all forms of video and audio.

I’m more confident than I’ve ever been that Outkick is necessary.

At Outkick, seeing the customers’ reaction to Dixie Beer’s name change gives us even more confidence Americans are fed up with the loser PC mob. And as a result, we are growing at record levels. To that, we thank you.

Bookmark the site, grab your popcorn, and make yourself a cocktail with Dixie Vodka. We’re about to have a lot of fun. 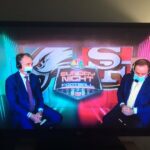 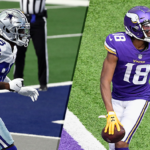