Nick Saban is 20-0 vs. his former assistants, and there’s a very good chance no. 21 will come Saturday in Oxford, Mississippi where a reserved Lane Kiffin awaits his former boss. Most books have the line at Alabama -24. A less mature Kiffin, the Tennessee version who walked out to take the USC job, would’ve rolled out of bed Monday and started tweeting memes at Alabama and Saban.

This version of Kiffin knows that he’s back in the SEC head coaching ranks because of Saban, and at 45, Kiffin would like to stick around long enough to beat the guy at some point. He knows that won’t happen if he riles Saban up. So far, Kiffin has made a very wise business decision this week: play the respect card. Don’t be an immature dick like pre-Alabama Kiffin.

Asked whether Saban, 68, is the kind of guy to stay in touch with old work buddies, Kiffin made it known they don’t share fantasy football advice or schedule golf trips very often.

“Yeah, that’s not really his wheelhouse,” Kiffin said. “He’s not really sending out texts every once in a while just checking on you. Uh, no.”

It was one thing to poke Saban on social media while soaking up the sun and enjoying life at Florida Atlantic. It’s another to be in the same division as the greatest coach in college football history. Kiffin knows there’s no point running his mouth if he ends up getting beat by 50.

We’re going to see Saturday night whether Saban has any remaining ill will for Kiffin after how things ended at Alabama. If Saban pushes the issue and hangs 65 on Lane, we’ll have our answer. 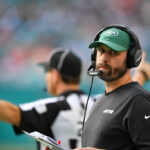 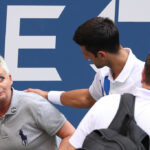