Well, that was a close.

At one point, No. 3 Ohio State was leading No. 9 Indiana 35-7. Two first-quarter interceptions from star quarterback Justin Fields allowed the Hoosiers to stay in it early, but the Buckeyes quickly took over from there.

It was 28 straight points scored by Ohio State to get to that 35-7 lead.

Everyone thought it was over. Well, everyone except Indiana.

From that point, the Hoosiers went on outscore Ryan Day’s squad 28-7. They ultimately fell short with a final score of 42-35, but it was almost a colossal meltdown by the Buckeyes on the biggest stage.

In most situations, beating a top 10 team would be considered an impressive feat — and to some degree, that’s true. But Ohio State was a 20.5 point favorite heading into the game, and at one point, they were covering that spread with ease.

He didn’t look like a top Heisman Trophy candidate, but his team got the job done. At the end of the day, that is all that matters.

With Illinois, Michigan State and Michigan left on the schedule, things should get fairly simple from here. Those three teams are a combined 3-9 on the year, after all. 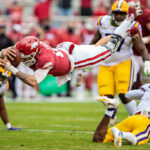 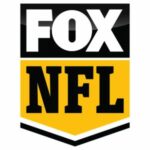