The big wave of COVID hospitalizations and death promised by the blue checkmarks and the left wing media still hasn’t arrived on college campuses, according to research conducted by writer Andrew Bostom, who has examined coronavirus data from 50 top universities. The latest campus COVID numbers show only three hospitalizations as of October 5, which is up one from his September report.

Testing is also way up at these schools. His October report shows nearly 70,000 cases, up from 48,000 in his September report. There has not been a single COVID-related death recorded at any of the schools he’s tracking.

On Friday, AL.com reported that COVID cases at the University of Alabama had dropped for the fourth straight week. “The school reported 24 positive tests for the previous seven days after 48 cases were recorded a week earlier,” the news outlet reported. “It brings the semester total to 2,374 positive tests for UA students since classes began Aug. 19.”

The University of Tennessee has reported 73 active cases and kept 298 people in isolation as of September 28. Active cases continue to drop, the student rec center has been reopened, “and indoor events that follow gathering requirements are allowed again,” the Knoxville News Sentinel reported. 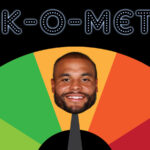 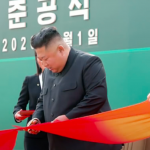