On October 12, New York Governor Andrew Cuomo told reporters that “there’s a lot of politics being played” with the number of deaths at nursing homes throughout the state. The next day, Cuomo’s book, American Crisis: Leadership Lessons from the COVID-19 Pandemic, was published and became a best-seller. Meanwhile, as the New York Times reported Wednesday, Cuomo’s top aides had spent five months hiding the true nursing home death toll and that the governor spent that time “overruling state health officials” from releasing the true death toll.

By now you know the premise of how this all went down. Cuomo’s policy forced nursing homes to take COVID patients discharged from hospitals. The death toll at New York nursing homes soon exploded. The Times reports that less than two months later, Cuomo’s nursing home policy ended and the death toll was off. The paper says the aides knew it and the stonewalling began during the summer when questions started being raised.

And it continued all the way through October when the New York State Department of Health wrote a letter that was to release the true number of deaths as of October 30.

“I hope you find the information to be helpful as the state continues to examine this important issue,” Dr. Howard Zucker from NYSDH wrote in the letter.

The letter was never sent.

As the letter was being prepared, Cuomo’s book, which he was paid over $4 million to write, was on the Times bestseller list. Book sales plummeted in February 2021 when Cuomo sold just 300 copies.

Fast forward to April and the weekly COVID calls where governors jump on a conference call to coordinate the federal and state strategy for how to handle business across 50 states. Real Clear Politics points out that Andrew Cuomo was put in charge of those calls as the chairman of the National Governors Association. President Biden has yet to join the conference calls and Vice President Harris has been on one call “for about five minutes,” Nebraska Governor Pete Ricketts told the media site.

And that, folks, is how your government operates. 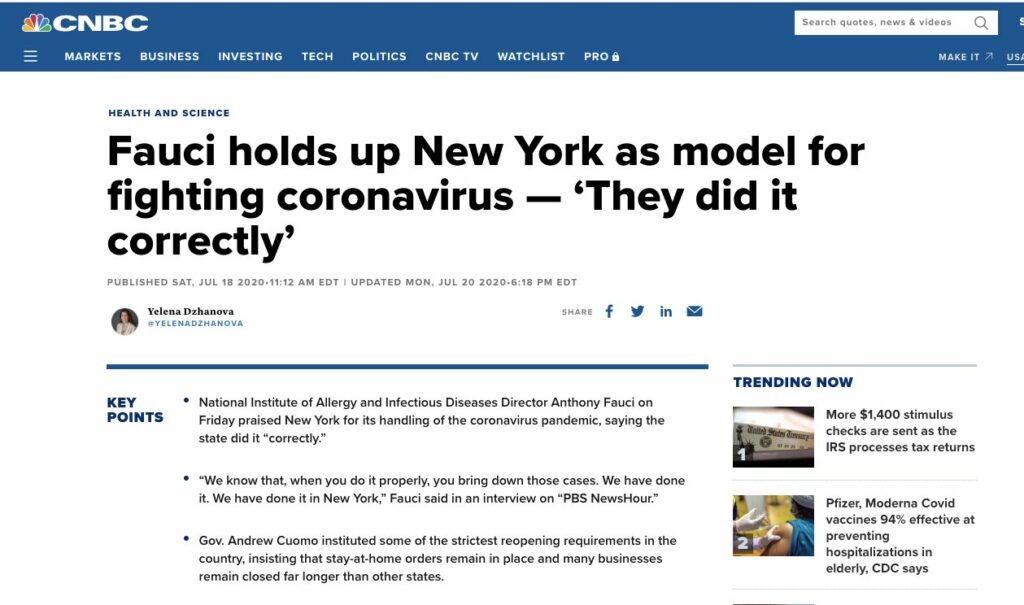