Failing late-night host James Corden is among the most miserable bastards in Hollywood.

Don’t take our word for it. Instead, take the words of those who have spent ample time with the supposed comedian.

Singer Mel B appeared on the British chat program “The Big Narstie Show” this week and name dropped the most unlikable figures in entertainment. She included Geri Halliwell and Jessie J on her list, but separated Corden from the pack. In fact, Mel B declared James Corden the “biggest d—khead she’d ever met.”

The singer noted Corden’s notoriously offputting treatment of his staff during the rant:

“I think you always have to be nice to the people that you work with whether it be production, camera guys, sound, lighting. We all work for the same thing, so you should always be nice and he hasn’t been very nice.”

For context, a report in October documented how James Corden routinely disrespects his staff and failed to name a single member of his production team during a recent meeting.

Corden is unaware of the names of the staffers who write his scripts, put on his makeup, and dress his large frame.

Thereby Mel B is unlikely to receive much pushback for her opinion of Corden. Last month, Balthazar owner Keith McNally temporarily banned him from restaurant locations after naming the late-night host the “most abusive customer since the restaurant opened 25 years ago.”

“Mr. Corden’s wife ordered an egg yolk omelet with gruyere cheese and salad. A few minutes after they received the food, James called their server, M. K. and told her there was a little bit of egg white mixed with the egg yolk. M. K. informed the floor manager, G. The kitchen remade the dish but unfortunately sent it with home fries instead of salad.

“That’s when James Corden began yelling like crazy to the server: “You can’t do your job! You can’t do your job! Maybe I should go into the kitchen and cook the omelet myself!” M.K. was very apologetic and brought G. over to the table. He returned the dish, and after that, everything was fine. He gave them promo Champagne glasses to smooth things out. G. said that Corden was pleasant to him but nasty to the server.’ M.K. was very shaken, but professional that she is, continued to finish her shift.” 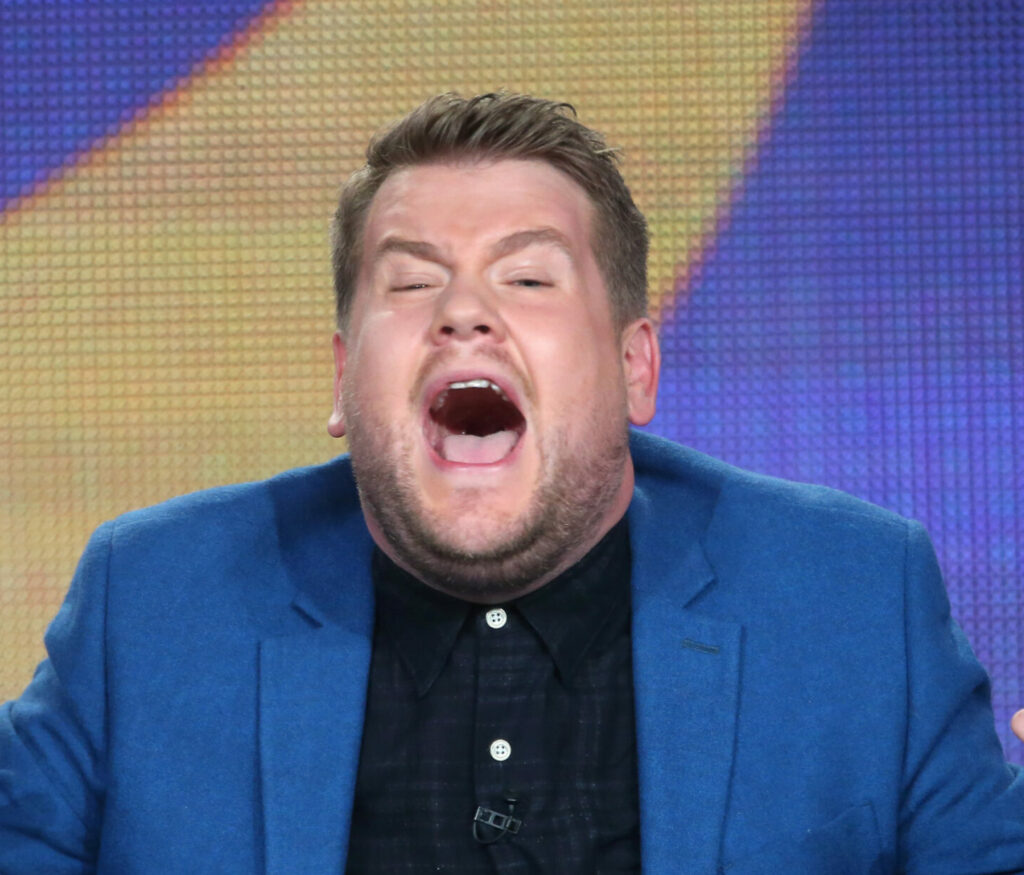 A separate report from the Daily Mail in October uncovered that sources close to Corden say he has ordered staff to move “overweight crowd members” to the back row of his tapings.

Corden prefers crowd shots to include only one overweight individual: himself.

More than anything else I have read, this shows you what a douchebag this guy really is. https://t.co/K68O2p7RWi

A TripAdvisor review from August 2021 posted a similar complaint about Corden’s treatment of heavier-set attendees:

“[One] review reads as follows: ‘I managed to get in and was seated in the second row with my partner. Anyone who was overweight (of Corden’s stature or larger, let’s say) was ushered into seats situated at the back,” the report cited.

“At one point, before things kicked off, I actually overheard James Corden say to one of his staff “I don’t want to have to look at him,” implying that they ought to move him to another seat.”

What’s more, Corden’s quite unpopular with viewers. His “Late Late Show” averages just 800,000 viewers a night, more than a 50% drop from his lead in Stephen Colbert’s average of 2.2 million.

Conclusion: No one likes James Corden — not viewers, staffers, restaurant owners, or even fellow Hollywood elites.