Another great week of questions for the Outkick Media Mailbag.

“Will the NFL ratings rebound this season?”

Before I answer, let’s discuss why viewership is down.

It is that simple. Viewers do not tune into football games to hear about subjective political issues presented as facts.

Look at the numbers: 4.6 million viewers watched Tucker Carlson Tonight on Monday. The vast majority of Carlson’s viewers do not agree with the vocal athletes on hard-hitting social topics. Why are his viewers wrong? Why are Rachel Maddow’s right?

Viewers have spoken to the NFL: either provide both sides or lose millions of viewers. The NFL chose the latter.

The second reason builds off the first. In addition to an election year, due to coronavirus and nationwide riots, the news is reaching viewers it otherwise wouldn’t.

Year-over-year, the cable news shows that aired directly across from Monday Night Football were up significantly:

Interestingly, as noted above, Carlson, opposes the narratives sports leagues push more than other hosts. Monday, Carlson had the most viewers and highest year-over-year gain.

By the way, opening night’s decline was hardly due to the head-to-head Lakers-Rockets game, which drew around two million viewers. Sports media personalities said that to prop up the NBA, as they continue to serve as on-air PR reps.

To your question: the NFL’s ratings will bounce back some but remain down noticeably.

Cable news isn’t going away. At least through the NFL playoffs — regardless of who wins — storylines in Washington will be the country’s focus.

Later in the season, during the playoff hunt, expect a small increase.

“Would it make more sense for ESPN to move Fowler and Herbstreit off of ABC college football game of the week to MNF full time? This was the best called MNF game in years.”

I, like most I’ve spoken to, agree that Herbstreit and Fowler called the best Monday Night Football game since Mike Tirico’s departure.

But the answer is still no.

During the next rights negotiations, Disney’s NFL deal should improve. Plausible upgrades include ABC getting into the Super Bowl rotation and adding regular-season games; Thursday Night Football is a possibility.

Even if ESPN/ABC bolsters its package to that degree, moving Fowler and Herbstreit to the NFL booth is not ideal. Herbstreit is near the top of ESPN’s talent list. But he’s a college football analyst. While he was good on the NFL — for one night — he’s a star broadcaster on college football.

Furthermore, Fowler-Herbstreit are the best college football duo; in the NFL, they’d rank somewhere near Fox and CBS’ B-teams.

ESPN’s best-case scenario is leaving them on college football and finding a Monday Night Football booth worthy of calling a Super Bowl. It’s early for the new trio, but the offseason painted a clear picture: ESPN wants a former star quarterback. Brian Griese and Louis Riddick would have to vastly exceed expectations — and they both could — to prevent ESPN from revisiting that plan in a year or two.

“Media mailbag question. Regarding Fox News primetime ratings, how much do you attribute the success to the personalities vs. the platform itself? I tend to think if the current hosts were replaced permanently by Ben Shapiro, Will Cain & Clay Travis, Fox would stay #1 and everyone would forget Tucker pretty quickly.”

In TV, there is a base audience for each channel at each time slot. There are personalities who increase the average, decrease it, and those who keep it flat.

You mention primetime, stars do matter. Sean Hannity, who is the biggest draw in cable news, took each Friday off in August. Those Fridays averaged 3.5 million viewers. In August, Hannity led all cable news with an average of 4.7 million.

Look at the Daily Show: Trevor Noah, who took over for Jon Stewart, tanked the ratings, quality, humor and interest.

That said, a star is not irreplaceable if replaced by another star. Bill O’Reilly, for decades, was the biggest draw in cable news. His former 8 p.m. slot, with Tucker Carlson, continues to dominate with over 4 million viewers. It took some time, but Carlson ultimately rose to stardom.

Grooming talent, discovering fits, and measuring potential is crucial for a network to sustain success.

Analogize it to football: Brett Favre and Peyton Manning, star QBs, were replaceable with Aaron Rodgers and Andrew Luck, respectively, as successors.

Notice, you listed three names who have led successful shows and move the needle. Hypothetically, given one of them a cable news show is not proving success is merely, to use your words, “the platform.”

Love the question. Thanks for sending. 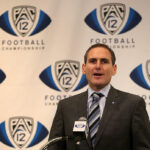 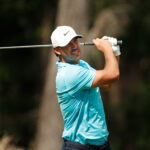