The NFL is back, but the story reads ugly. According to Deadline, opening night is looking at a 10-year low.

There are several reasons for the large drop. Yesterday morning, I ranked the reasons why I expected a decline:

1 too political
2 Packers/Rodgers still bigger draw than KC/Mahomes
3 less hype
4 last year Hannity, Carlson drew under 3M; Maddow 2.3M. Those should all be higher tonight
5 Lakers game will take some, not much https://t.co/LxSqY43q3y

Though the NFL actually kept wokeness to a minimum, football fans didn’t give it the chance. It was too late. Fans heard the chatter, saw what happened with Drew Brees, and knew social justice would take priority pregame. Americans expected the players to kneel, thus they avoided finding out.

This number is alarming. Patrick Mahomes is the best show in sports, the Chiefs are a thrill ride. If that combination can’t get fans to ignore the exhausting nonsense, few games will.

Point 4 is worth monitoring. Odds are Sean Hannity and Tucker Carlson drew well over 3 million viewers last night. The awful product that was the Lakers-Rockets game likely wasn’t a factor.

Check back to Outkick for all ratings news. Unlike the rest of the sports media, we don’t pick-and-choose when viewership is covered.

I can already see Bomani Jones, Dan Le Batard, and the rest of ESPN throwing out the topic script to cover the NFL’s rough night. 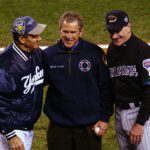 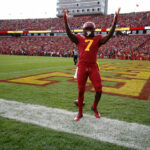