During the pandemic, ratings for sports television shows have plummeted. Around the industry, the expectation was that when sports returned, the viewership would too. Sports are back, and the ratings remain alarmingly low.

Last Thursday and Friday were the first telling days. While MLB returned a week prior, the sport is marginally discussed on daily studio shows. On a pie chart of topics, NBA and NFL would combine for around 90%. Thursday and Friday, coverage was nearly exclusively dedicated to the NBA, which mirrored topics pre-pandemic. Yet, the ratings didn’t match.

At the same time last year, with no NBA games, the programs fared far better. For comparison, the top-rated show, PTI, is down from a 568,500 average. Its decline is comparable to other measured sports programming.

It’s early, but this start is concerning. Remember, the NBA is the most discussed league on many of these shows. Particularly First Take, which, Thursday, spent its entire two hours on the league’s return. The NBA put its stars out front for next-day conversation. LeBron James vs. Kawhi Leonard, Lakers vs. Clippers, Zion Williamson. None of it mattered.

As I’ve been saying, viewership decline is not merely due to lack of sports. Since March, sports TV has simultaneously plummeted in quality. An industry already disconnected from its audience drifted further away.

In the months without months, sports programming fully embraced social topics. And drove the audience away. At least thus far, those viewers haven’t returned. How many of them aren’t coming back?

Months of hard-hitting social topics exposed several sports media shows and personalities. Media members put social justice above all else. Except when it came to China and anti-Semitism. In July, I explained how sports media personalities are opportunists. Brand-builders.

“The media declared Brees supporting the flag an unforgivable sin. More offensive than what DeSean Jackson said. Far worse than LeBron bending the knee to China. Brees’ comments were more disgraceful than what the NFL supposedly didn’t do for Kaepernick. And more condemnable than what NASCAR fans could’ve done, but didn’t do to Bubba Wallace. Furthermore, the NBA’s handling of China, its business partner, must have not been bad at all. It didn’t even make the topic sheet for most shows after Senator (Josh) Hawley’s letter to Adam Silver. The media must have thought its lackadaisical coverage of the topic in October would suffice.”

The sports media industry has fallen out of the good graces of sports fans. The audience doesn’t trust the opinionists, nor the reporters. Thus, they stayed away when sports returned.

Even if the programming pivots away from woke sports coverage, viewers won’t return the next day. It took three years for the NFL to regain its lost viewers amid national anthem protests.

Inevitably, at least for ESPN, the ratings will increase when live games air the night before as consumers are apt to leave the channel on. Football season, assuming there is one, gives each channel a boost. However, these averages need more than the regular fall spike. PTI failing to reach 400,000 is stunning. That’s an audience that has remained loyal since its 2001 launch.

What’s more, studio shows are reliant on the interest in live games. If that is down, the subsequent coverage will be, too. Kneeling is bad business; kneeling is the new norm. It is worth noting, moving forward, daytime sports will air head-to-head with various studio shows. 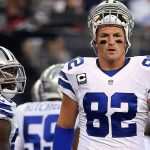 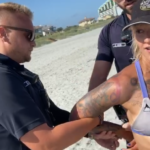