Remember: this is the Western Conference Finals, with the NBA’s premier team, and its biggest individual draw in LeBron.

At this point, Mark Cuban must dig deep for a disingenuous spin-job. Perhaps, he’ll see losing to only Carlson a positive trend? Wednesday, both Carlson and Sean Hannity — with his 5.2 million viewers — took it to the NBA playoffs’ 4.5 million. Moving in the right direction, Cuban may say.

Since trying to one-up Joy Reid in political misinformation, the NBA ratings have redefined tanking. Game 2 of the Eastern Conference Finals recorded the lowest Conference Finals viewership in 17 years. The first round of the NBA playoffs fell 27% year-over-year and 40% from two seasons ago, the last time LeBron participated in the playoffs.

Luckily for the NBA, sports media is refusing to cover the collapse in viewership. At ESPN, the ratings beat is merely reserved for when the NFL is down and the NBA is not in the tank.

Check out these lies:

A reminder how the media reacted when the NFL’s numbers were down: https://t.co/qvEWdaoMie pic.twitter.com/W0wpqpxjmB

“Is it time for the NFL to panic?”

Right now, the NBA playoffs can’t even beat a documentary. The number of times a 2020 NBA playoff game has beaten the Last Dance is not a quality number:

"The NBA ratings have tanked. Guys, not ONE NBA playoff game has outrated the Michael Jordan Chicago Bulls documentary that aired on ESPN about the 1990s." –@ClayTravis pic.twitter.com/DjKtVGNRUV 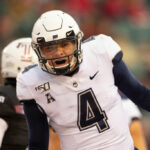 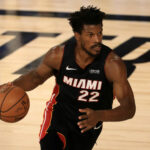