A year and a half ago, while the sports media gushed over the NBA, I pointed out that the league’s ratings were troubling. They’ve continued to worsen, highlighted by last season’s double-digit Finals decline.

This week, the most troubling stat yet was publicized. The Athletic’s Ethan Strauss pointed out, since 2011-12, the NBA on ABC is down 45%. Nearly half.

ABC is the NBA’s premium partner. Nearly every broadcast, it showcases top matchups and players. Yet, viewers are tuning out an alarming rate.

“In that hastily promoted lockout season, [2011-12], ABC games drew 5.42 million viewers on average,” Strauss writes. “The final tally on this latest 2019-20 season was 2.95 million average viewers on ABC games. Every ABC game from 2011-2012 received higher viewership than 2.95 million, save for a meaningless late season 1 p.m. Thunder-Bulls game that Derrick Rose sat out.”

A decline of this magnitude is astounding. There is no explanation other than the interest in watching the NBA on television is rapidly diminishing. Since 2011-12, the NBA has had stars, superteams, storylines, and coverage that resembled state-run media. It couldn’t ask for more.

It’s not just an ABC problem, either. On TNT, in the measurement from 2011-12, NBA viewership is down 40%. In that same span, ratings fell 20 percent on ESPN. Strauss adds the league’s local viewership, too, has sharply declined.

These decreases are what sitcoms experience before cancellation. No, the NBA won’t get axed. However, the shrinking interest is more than a concern.

The NBA’s issues are growing larger, not smaller. The regular season doesn’t matter. Few games are of any consequence. Thus, players sit out and blame “load management.” If players don’t care, why should fans? They shouldn’t and they don’t.

Equally troubling, most seasons, only two-three teams are contenders. The rest are wasting their time; the fans know this, too.

As one digs deep into the NBA’s problems, they’ll find that its strengths are its problems.

The NBA’s greatest strength is its stars. Stars that overshadow teams. The league is too reliant on a few top individuals. And the gap between LeBron James and No. 2 is massive.

LeBron is so important to the NBA’s interest, his move out West decreased the ratings for doubleheaders. In addition to more homes in the Eastern time zone, viewers who watched a LeBron-led early game were likely to keep the channel on for the late game. This has been lost as he now primarily starts at 10:30 ET on weekdays.

In December, LeBron turns 36. His days of carrying the NBA are dwindling.

Social media has promoted the NBA more than any other entity. The NBA is to social media what MLB was to newspapers and what the NFL is to flat-screen televisions. Twitter and Instagram, particularly, have grown the league’s interest. That’s great. What’s not: it doesn’t lead to television viewership. Instead, it encourages fans to consume games through highlights and live reactions online.

To the younger demographic, social media is a more enjoyable medium to consume the NBA. At least as of now, and likely for years to come, a rights deal with a television network is exponentially more lucrative than what social media can provide.

Social media and dependence on LeBron have helped — until they didn’t.

When I write or report on NBA viewership, some woke media personality jumps in anger and yells “cord-cutting!!” Not really. Sure, cord-cutting has negatively impacted every broadcast. But viewership is not crumbling for other sports leagues.

Last season, the NFL’s nationally televised games remained close to flat from 2012. Going from 16.6 million to 16.5 million. And that includes the few years the ratings crashed due to Colin Kaepernick and league-wide kneeling.

Cord-cutting is a small factor in the NBA’s decline.

Looking ahead, in addition, the NBA must now deal with a self-inflicted setback. Another concern the league originally saw as smart business. The NBA is a left-leaning political league. It’s not merely dismissive of conservative views, it shames them. Led by the players, the league has embraced this identity.

Fragmentation is the result. The NBA is inching toward a niche product. One that doesn’t cater to average sports fans, the important group it has deserted. 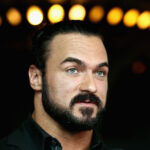 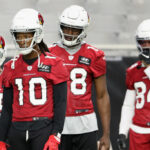