The NBA had already put the 2021 All-Star Weekend in Indianapolis on hold once, moving it from mid-February to an undetermined date.

The game was originally scheduled for Feb. 18 at Bankers Life Fieldhouse, home of the Pacers.

“While we are disappointed that the NBA All-Star Game will not take place in Indianapolis in 2021, we are looking forward to the Pacers and the city hosting the game and surrounding events in 2024,” NBA commissioner Adam Silver said in a statement.

The league has done its part to try to make the games more competitive, allowing the leading vote-getter from each conference to pick the rest of his team from a pool of other stars. But the NBA has fallen on hard times in America, with television ratings for the Finals matchup between the Los Angeles Lakers and Miami Heat plummeting to an all-time low.

The NBA has had to deal with COVID-19 fears, and now one of its main attractions, the All-Star Game, will no longer be held in a shortened season of 72 games. 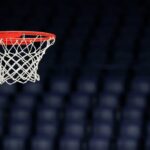 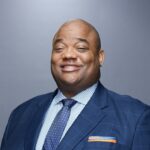