So I’m walking with my daughter to the beach in Chicago last week. We’re about to cross under Lake Shore Drive, when a young couple stops us and the guy says, “Hey, cool shirt.’’ Every time. Every time I wear this t-shirt, I get stopped like a celebrity. If my shirt could sign autographs, it would be bothered nonstop and have to fight off paparazzi.

It’s light blue with big letters “BBB.’’ Big Baller Brand. LaVar Ball gave it to me three years ago at his house in Southern California after Tina, his wife, had just folded it. She then placed it on a pool table that the Ball family has in the place where you’d usually put a dining room or kitchen table.

Ball is the legendary, bombastic, blowhard dad of Lonzo Ball, LiAngelo Ball and LaMelo Ball. Melo might be the first pick in the NBA draft tonight.

“I feel I’m born for this,’’ he told reporters Tuesday over Zoom.

Normally that’s just an expression. I have one great experience with the Ball family, mostly with LaVar, who once let me come to his house to talk a Ball game for a little over an hour. As for his kids being born for this, LaVar said that day that he was planning on NBA greatness for his kids “from day one with me picking my wife.

“I had a lot of short cuties around me, but Tina was the tallest I’d been out with. And the prettiest.’’

I get it that people don’t like LaVar. He lives like he’s doing a touchdown dance over his kids. He has offended people, bullied anyone who has coached his kids and basically butted in every chance he gets.

And just having talked with him for an hour or so and exchanging a couple texts with him, I can’t really say that I know him. But I have a different opinion.

There are worse things than a father dedicating every second of his life to his kids’ success. Is it selfish? Does he like the attention? Sure. True.

And what about a kid getting say in his own future?

“It’s not like he’s making me do this,” Lonzo told me at the time. I was writing for Bleacher Report then. “I actually wanted to do this. My dream is to play in the NBA. (My parents) are making this fun. For example, instead of saying we’ve got to run this hill, he’ll make it like an Olympic thing for me and my brothers, you know?

“Like, say I get to the top first. Then I get to eat first that day or something. Just random stuff to make it fun and competitive.’’

LaVar took me around the house. He showed me the staircase where he started training Lonzo, Gelo and Melo. They would start on the first step. If they jumped off and landed on their feet, then they got to jump from the second step. Then the third, then fourth. At four years old, Lonzo was the youngest to be able to do it from the top step. The eighth.

Most parents put up a fence so they don’t fall down the stairs.

“Yeah, we’re supposed to have a fence up,” LaVar said. “We had them jump over the fence.’’

The backyard is L-shaped with a basketball court on one side and a pullup bar and pool on the other side. I mentioned politely that the pullup bar was the worst concrete work I’d ever seen.

LaVar said he had made his sons do that so they could get a feel of what real life would be like if they don’t make it to the NBA.

Not far from the house is a steep hill that the family would run up. Apparently, the roundtrip run was about a mile. Kids came over after school to play on the Ball’s court, trained and coached by LaVar. Presumably, he was getting paid.

While we were there, one woman sat in her car in the driveway waiting for her son. She said that her son had no interest in anything and was getting terrible grades until he started running the hill with the Ball kids. Next thing you know, she said, her son was coming over to play basketball — she said he wasn’t very good — his grades improved and LaVar talked him into joining the school track team.

All the kids on the backyard court that day, including Gelo and Melo, were running full speed all the time, the way LaVar taught them. He said it was better to train kids to react and use instincts rather than think too much. He cited what he said was his own childhood:

“I always give my ghetto analogy on this: If white people hear a sound (LaVar clapped his hands), they say, ‘Is that a window cracking or a firecracker?’’’ LaVar said, “When black folks hear this (claps again), they just take off running. We don’t think, ‘What the hell was that?’ We just go.”

Lonzo isn’t a superstar, and Gelo needs to improve a little to reach the NBA. Melo will make a splash tonight.

So, they haven’t reached the heights that LaVar, the family’s biggest celebrity, had predicted. They could all three be brain surgeons, astronauts or better than Michael Jordan and they would still fall well short of what LaVar surely has publicly predicted at some point.

A sense of decorum would probably tell LaVar to tone it down a little, but LaVar is winning. He has engineered a celebrity, basketball-playing family. Now, Melo might be the first pick tonight. And my daughter has already stolen my BBB t-shirt. 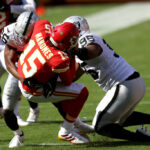 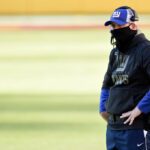