Security quickly evacuated House Speaker Nancy Pelosi (D-Calif.) from the U.S. Capitol during the Jan. 6 riot.  Thankfully — and I mean that sincerely — they were able to take her and others out of harm’s way. But had they not, Pelosi isn’t quite sure the situation wouldn’t have ended poorly for the rioters.

“Well, I’m pretty tough. I’m a street fighter,” Pelosi said to USA Today when asked what she would have done, had they reached her. “They would have had a battle on their hands.”

Just how would the House Speaker have crushed the rioters Tyler Durden-style? During her interview with the paper, she pointed to her classic 4-inch stilettos and said, “I would have had these to use as weapons.”

Take a look, be afraid: 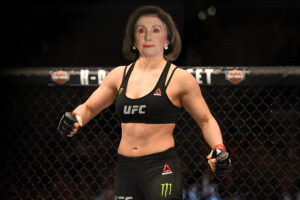 Pelosi’s comments should serve as a warning. You just never know who is secretly involved in your local fight club. Obviously, they won’t talk about it, that’s rule No. 1.

It’s not clear whether Pelosi is a striker, a grappler, or a submission artist. However, based on her comments, it’s probably best to not know.

(Pelosi had serious answers regarding the riot in the interview as well.)

House Minority Leader Kevin McCarthy should take note. If he takes over as House Speaker one day, the gig now apparently comes with a new expectation.