Typically when a Florida Man or Florida Woman go nuts, they don’t get naked and tear up an Outback Steakhouse, but that’s exactly what a 53-year-old woman is accused of doing (it’s on video, she destroys a wall of liquor), according to the Ocala News. Police say Tina Kindred got naked at a restaurant called Mojo Grill and started banging on tables and windows. She then decided to start flipping tables and eventually tried to get into a customer’s car before fleeing to an Outback Steakhouse.

That’s where she was completely naked, on top of the bar and launching liquor bottles like she’s Aroldis Chapman coming out of the Yankees bullpen.

Again, this Outback incident is all on video, so it’s going to be real hard for Tina to beat this one in a court of law.  You can go right here to see Tina doing work. We can’t post the video because Google will get all bent out of shape and then send the OutKick developers a nasty email about nudity and how Google will yank the ad network, blah, blah, blah. I know, I know, I know…the video isn’t exactly in 4k, but the Google nerds will start bitching. It’s better if we just send you to the video to see this fireballer in action.

As for why Tina went nuts, the cops found a fentanyl patch, but there were no narcotics in her system, according to the police report. She told cops something about the Mojo Grill owner being dishonest.

Look, one glance at those eyes and it’s clear Tina’s been taking unlimited rides on the crazy train. The Twitter lunatics are mad at the guys recording for not tackling Tina and ending this. Uh, have you morons ever heard of the Miami cannibal attack? You tackle the wrong lunatic hopped up on bath salts and that lunatic gets super strength and eats your face off. I’ve covered too many of these stories. Your ass is better off hiding behind an Outback booth and hoping Tina doesn’t take your face off with a $20 bottle of wine.

Listen to me right now — theeeee last thing you should ever do in a case like this is to get near one of these maniacs. Get a video for police and don’t end up like the couple who was killed by a Florida State student. Authorities are still trying to figure out why the 19-year-old murdered the couple and then started biting the face off one victim. 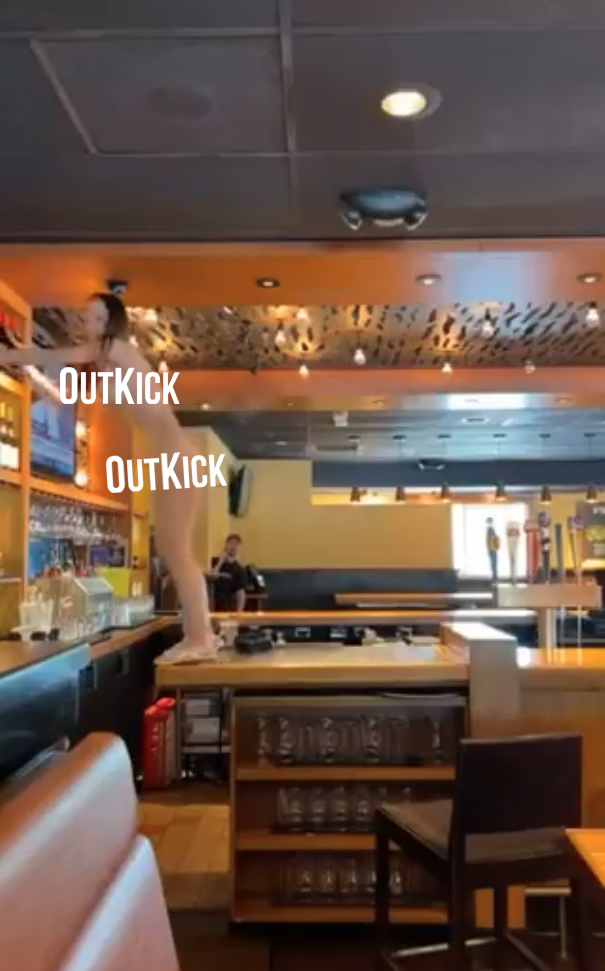 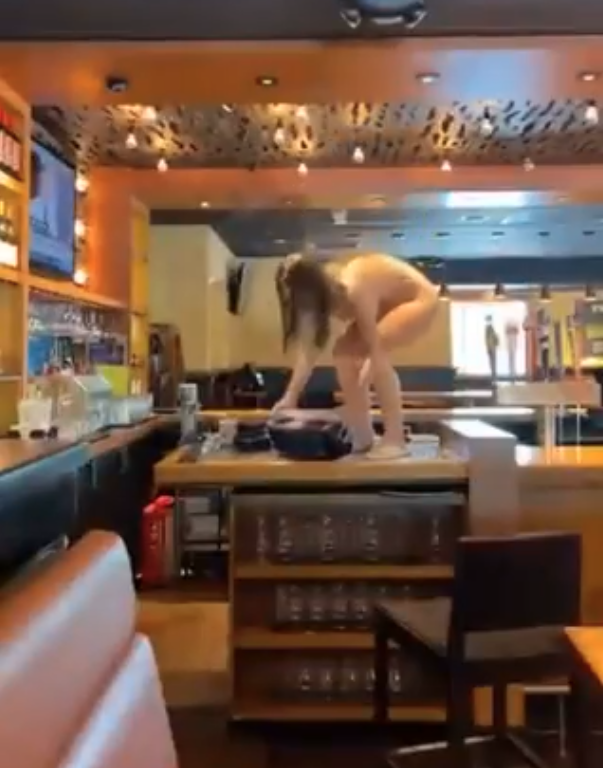 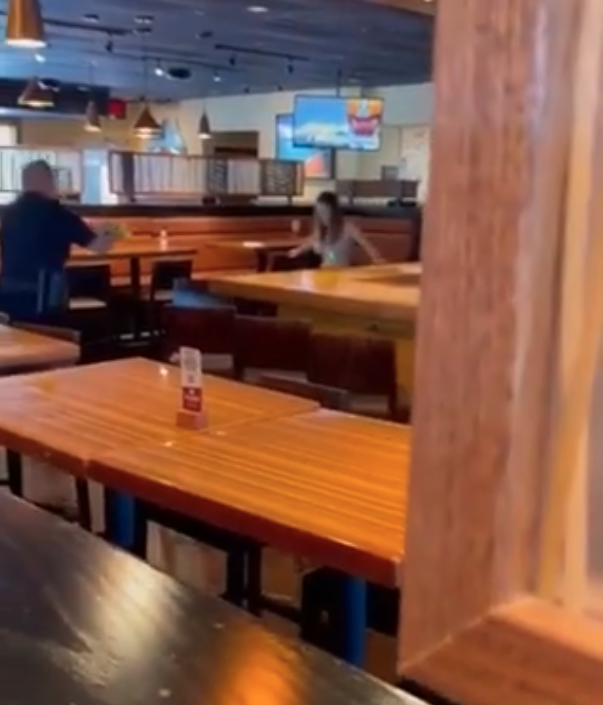