ESPN laid off about 300 people last month and announced that 200 open positions would go unfilled. This week, cost cuts have continued, as several writers have announced that they are out or that their contracts will not be renewed.

Ian O’Connor, who wrote a NY Times bestseller about Tom Brady, Bill Belichick, and the Patriots dynasty, announced on Twitter that he will not be renewed: 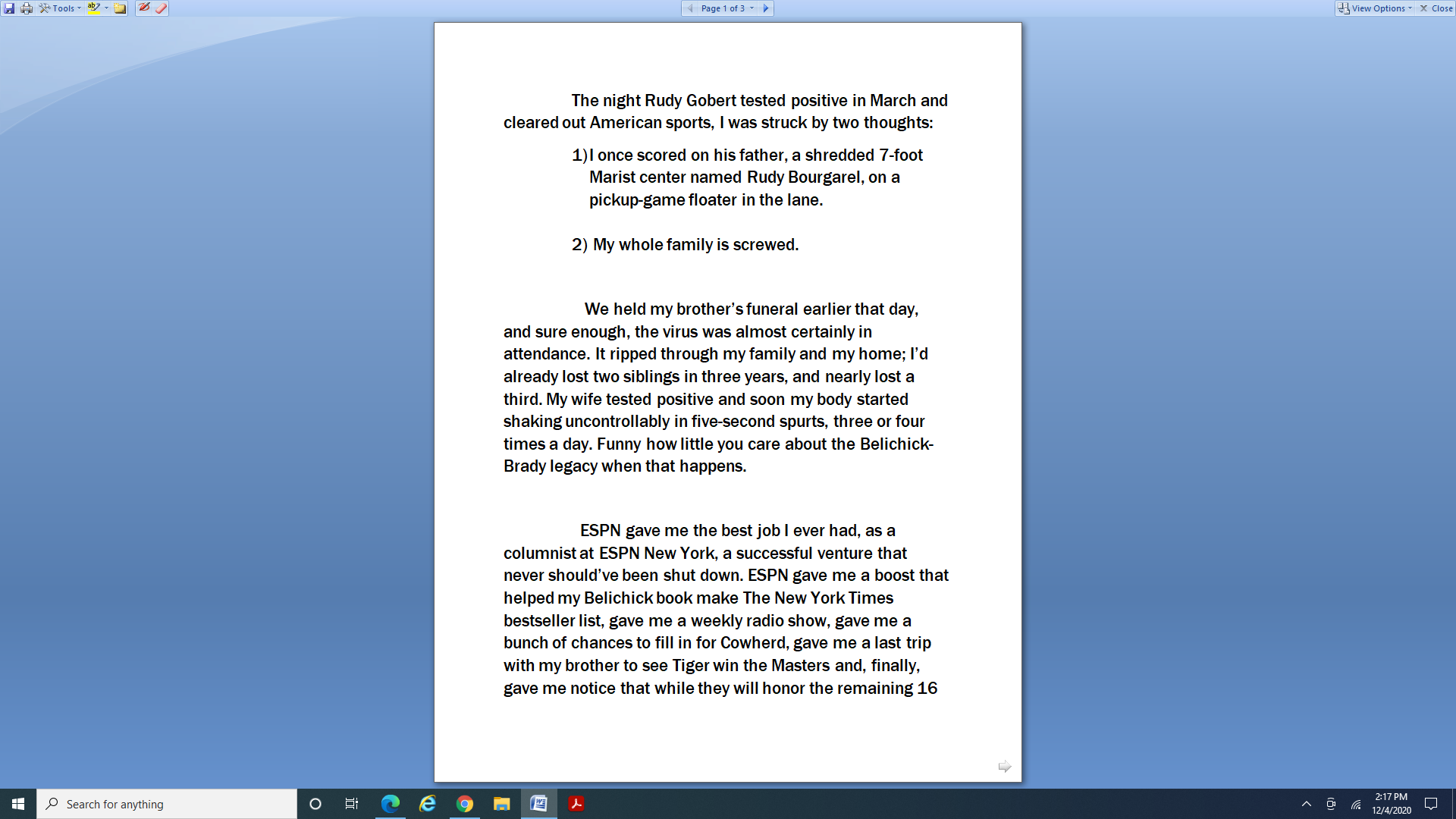 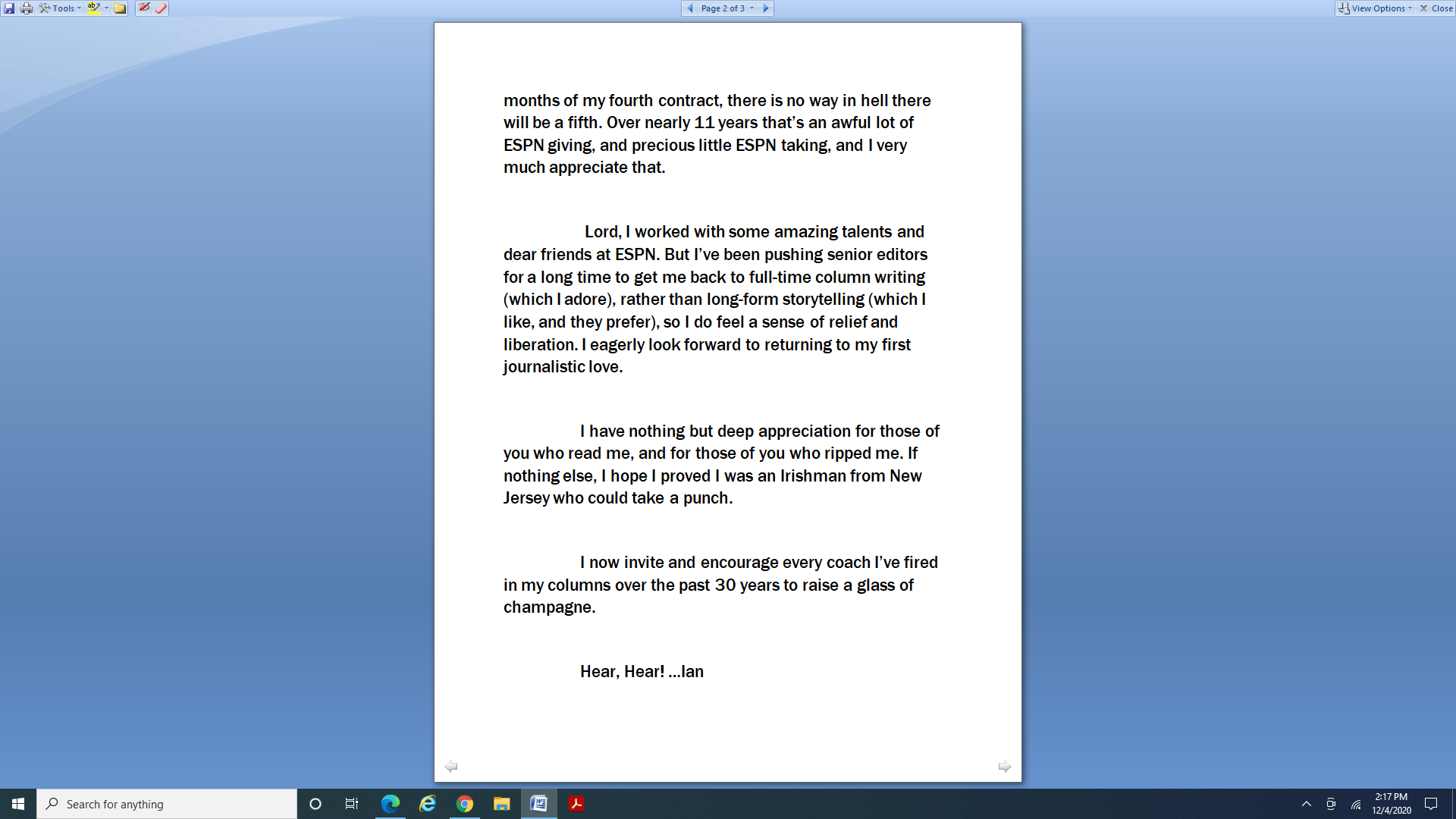 The writer Wayne Drehs, who had been at ESPN for 20 years, also announced the following yesterday: 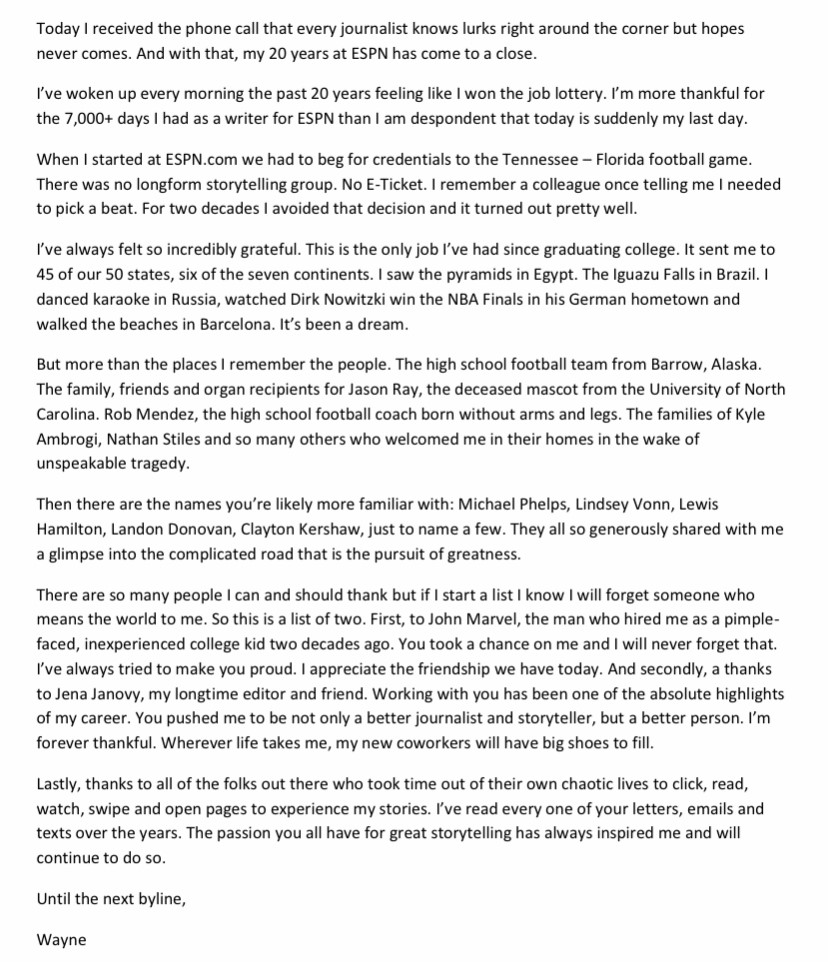 Baseball writer Sam Miller also announced that he is among the cuts:

ESPN was great. Loved being here. Thank yous especially to three editors: Cristina Daglas, who brought me over; my editor Matt Marrone, who got my weirdest stuff on the home page when I thought it had no chance; and Rachel Ullrich, who edited my Mag pieces and gave me confidence.

This story is developing. We will update it if/when there are further announcements.