With not much in the way of real team sports happening, conversations are centered now on mostly theoretical outcomes. Before the coronavirus pandemic hit, MLB futures were basically centered on a Yankees/Dodgers or the field discussion. The Dodgers added Mookie Betts to a team that won 106 games, and the Yankees added Gerrit Cole to a team that won 103. One prop in February had Yankees/Dodgers at +125 and the field at -145.

Given that the regular season is going to be shortened by as much as 50 percent and there’s chatter about expanded playoffs, there’s going to be more variance. Thus, I would sell Yankees and Dodgers futures and buy some longshots. Here are the current odds at FOX Bet:

In the longshot category (20-1 or more), I like the Cardinals, Rays, Brewers, and White Sox. The Cardinals and Rays are just well run organizations that have better odds to make it into the dance in an expanded playoffs. St. Louis won the NL Central last year, and they’ve made the playoffs six out of the last 10 years. The Rays have made the playoffs four of the last 10 seasons, which is a better accomplishment than it sounds like given that they are in a division with the Yankees and Red Sox.

As for the Brewers, this is kind of a homer pick as I’m a Wisconsin sports fan. They lost their second and third best hitters in Mike Moustakas and Yasmani Grandal; their acquisitions this offseason were a collection of low-positive WAR players like Brock Holt and Justin Smoak. I’m not really basing this on analytics, but I just think they’re a team with the type of temperament (from Craig Counsell to Christian Yelich on down) to weather the weirdness of this season.

The White Sox added Yasmani Grandal, Dallas Keuchel, and Edwin Encarnacion to a solid young core of Yoan Moncada, Lucas Giolito, and Tim Anderson and to me they’re worth a flier at 50-1.

In case you’re interested, here are the futures for MVP and Cy Young this season: 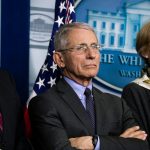