You can call Mike Tyson a lot of things, just don’t call him old.

Now, that may not be over-the-hill by some standards, but it sure is in the sport of boxing. And all other sports, for that matter.

Tyson is whipping his body into shape as best he can in preparation for a Nov. 28 bout against Roy Jones Jr., age 51. So Jones is also old, or not-so-old, depending on who you ask.

Tyson spoke to veteran sportscaster Jim Gray about the fight, and as you might suspect, became a little testy after Gray brought up the old-age question.

Gray asked Tyson what it’s like to train as an old guy.

“That’s just what you said, ‘Old guy,’” Tyson snapped. “That word don’t even make sense. ‘Old.’ It’s just a new time. A new thinking period in our lives. This is what we want to do.”

Tyson last fought in 2006, but even that was in a series of four-round exhibitions vs. someone named Corey “T-Rex” Sanders. The primary purpose of those fights was to help Tyson pay off some serious debt.

This time, it’s fair to wonder if Tyson and Jones can last even four rounds. The novelty of the matchup may wear off quickly.

Tyson doesn’t seem to care. He implied that this is his calling and that he is still capable of putting on a good show.

“Sometimes the gods of war, they revive you and say, ‘You have to do more,'” he told Gray. “Now, I wouldn’t do it if I didn’t prepare for this. I boxed people to see if I’m able to do this stuff. So I can do this stuff.” 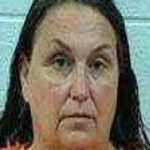 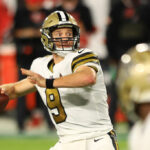