From the moment the news broke that Mike Leach would be the new head coach at Mississippi State it was guaranteed not to be boring. The maiden voyage of the air raid offense led by KJ Costello defeated defending champion LSU in Baton Rouge. Today, on a media call, he had a back-and-forth with New York Times reporter Alan Blinder, who wanted to know why the coach was not wearing a mask for most of Saturday’s game.

Here’s the transcript, as shared by Dalton Middleton of the NE Mississippi Daily Journal: 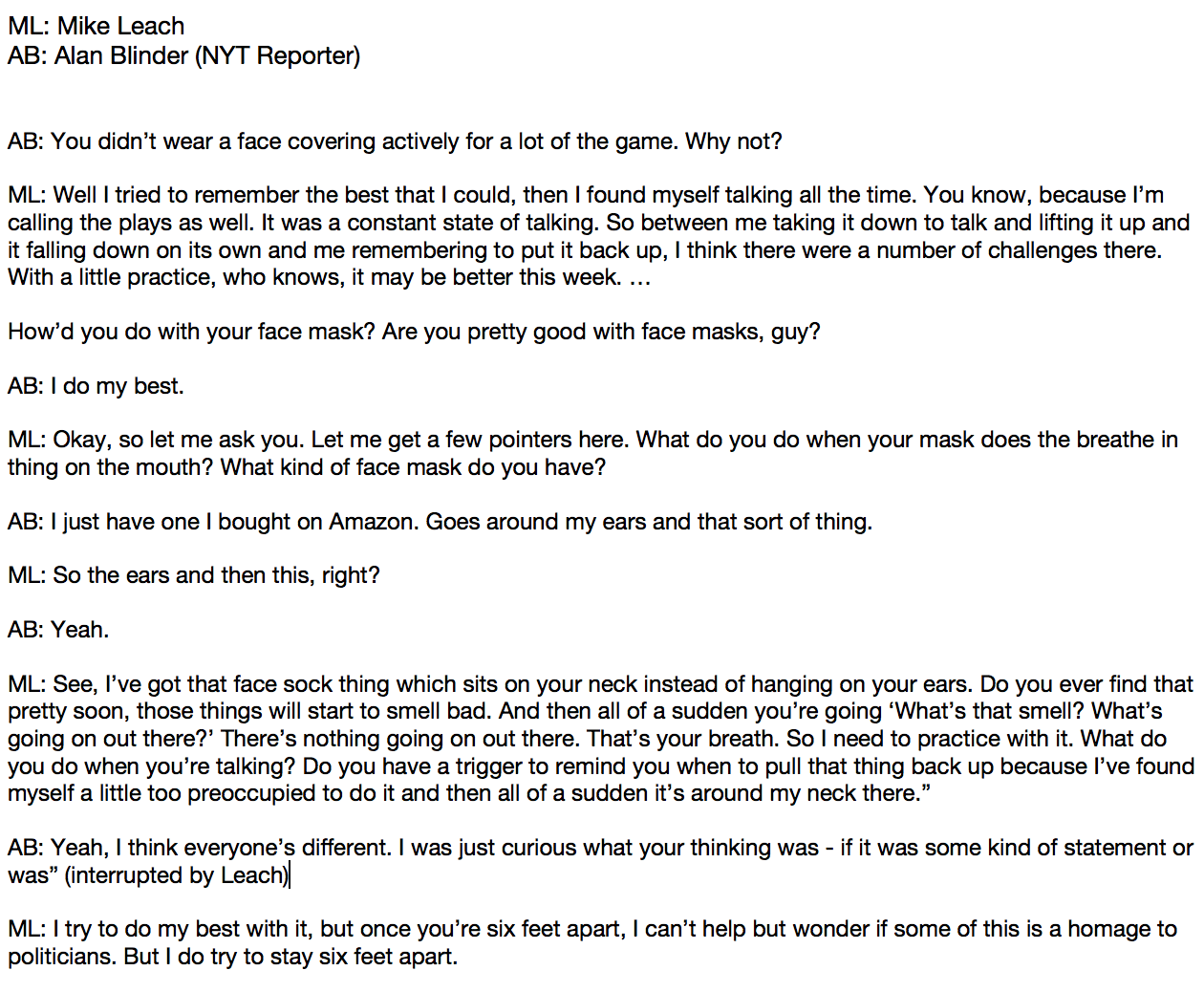 The TL;DR is Leach struggled with the mechanics of talking with wearing a mask, but tries to socially distance. The world waits with uncontainable anticipation to see whether this interaction is the basis for a story in the Times.

It was a big media day for Leach. He started the day on Outkick with Clay asking him if he ever considered dressing up as a pirate for Mississippi State’s Halloween showdown with Alabama.

“I haven’t really thought about that. That would be kinda wild. Nick [Saban] does seem like the type of guy that would get into some costume play.”

Who wouldn't want to see Mike Leach coach the Mississippi State Halloween game against Nick Saban and Alabama dressed as a pirate?@ClayTravis and @Coach_Leach discuss! pic.twitter.com/m6jcO960Kr