Florio is upset that the NFL has not commented on a Friday Supreme Court decision to give abortion rights back to the states. He cannot believe a football league would not openly discuss abortion laws.

“There has been no statement. No tweet. No expression of support for the employees of teams in the 22 states in which the NFL does business, if those individuals must travel to other states in order to implement an intensely personal and inherently difficult health-care decision,” Florio writes.

Florio then notes that the NFL lags behind the more woke sports leagues, “The NBA and WNBA, in contrast, promptly spoke out on the development.” 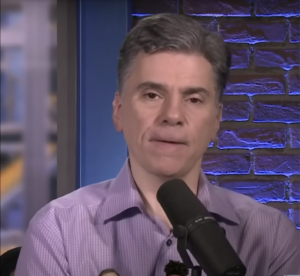 You are probably wondering why the NFL, or any sports league, would comment on social issues that have nothing to do with sports. Well, the reason is people like Florio.

The sports media, which is further Left than the news media, not only demands that leagues take a stance on political issues, but they also demand which side they take. You can guess which side that is.

The pressure to get woke extends well beyond Florio. ESPN, the New York Times, and the Washington Post are on these leagues constantly to get more “politically correct.” And it often works.

Sports leagues operate much like Hollywood and corporate America. They deduce that it’s easier to take the progressive side of every issue than risk annoying smear pieces from the far-Left press.

In 2020, the NFL painted “End Racism” in the end zones to proactively dissuade the media from calling the league racist. Similarly, the NFL is likely to eventually denounce the Court’s overturning Roe v. Wade if enough media types threaten to call the brand misogynistic, for which Florio laid the groundwork.

“The NFL, which has spent considerable time and money in recent years attracting, developing, and expanding its female fan base, has been strangely silent on the issue,” Florio adds.

We fully expect the rest of the sports media to join Florio in calling for the NFL to say it supports women having abortions whenever and wherever they choose.

Speaking of issues regarding women that have nothing to do with football, why isn’t Florio calling on the NFL to comment on Lia Thomas jeopardizing the future of athletics for females?