We’re starting to learn some details from the fights that broke out Sunday at Miami International that featured some of America’s finest dropping the gloves and scrapping right there in the terminal. One of the biggest shockers in this one is that the brawlers were heading to Chicago. I know, you’re completely shocked, right?

The other big surprise is that this happened in the American Airlines terminal and not at a Spirit Airlines gate. Local10.com reports, via a police report, the fight started over seat availability on the flight, specifically over three standby seats that were available for a group of four.

“Police said, for unknown reasons, the group began to fight with three other people who were also at the counter,” Local10 reported.

By the time the fists stopped flying and the dust settled, Miami police arrested 20-year-old Jameel Tremain Decquir for disorderly conduct, but the fight victims didn’t want to press charges. Three others remain on the run. 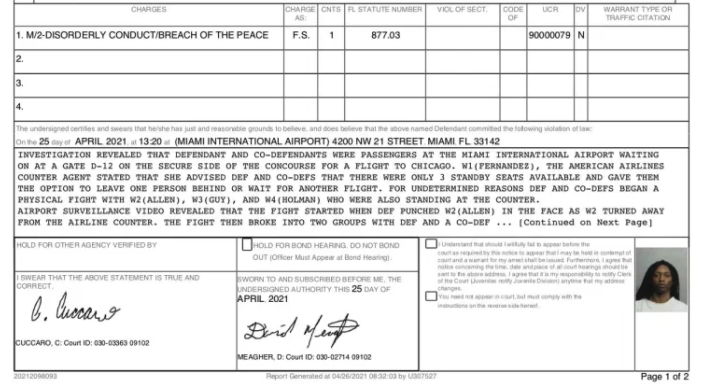