On Sunday a major positive milestone was reached for the first time, coronavirus deaths declined by 90% in this country from the high set on April 21st. That’s an incredibly positive story about our national battle with the virus. Yet, shockingly, it has received almost no media attention. (UPDATE: On Monday deaths were also down 90% from the April 21st peak, meaning there were two straight days this occurred, again, with almost zero media coverage).

That’s indefensible because this is not complicated data to track down. You can see it yourself on this chart here, on April 21st 2,693 people died of the coronavirus. Yesterday 267 died. Putting that number into perspective, an average of 7200 people died on Sunday of something other than the coronavirus and those deaths received almost no media attention at all.

Coronavirus deaths are down 90% since late April. This should be the number one story tomorrow for every national news show. Will any news station make it the number one story? I promise it will be the first thing I say on @outkick, but I bet I’m the only one. Here’s chart: pic.twitter.com/iB0kKbK0Qc

Yet look at all the Monday morning headlines that have been collated by Outkick readers beneath my original tweet featuring the New York Times own Monday morning web headline, which didn’t even take note of the collapsing death totals. This is a particularly glaring failure in light of the New York Times electing to make its cover story last month a recitation of people who had died of the coronavirus.

Deaths from coronavirus hit a two month low on Sunday, down 90% from the peak in late April. Monday morning headline from @nytimes: pic.twitter.com/Y0dzzHZUyn

Almost no mainstream media outlets in the country have made note of the collapsing coronavirus death total in this country.

Put simply, the mainstream media doesn’t exist to inform any longer, it exists to emote.

Worse than that, rather than share the actual factual data, they are now selling you stories that are simply not true.

Rather than talk about the good news — deaths have plummeted across the country over the past two months — the media has focused on states like Florida, Texas, and Arizona, in an effort to sell the narrative of New York like resurgence in those states.

Only the data doesn’t actually support that argument at all.

Look at the data shared from Florida governor Ron DeSantis. Data which received almost no attention despite the fact that he held a press conference on Friday with the mayor of Miami and then shared his own data to discuss this as well.

Far from a New York like collapse, the state of Florida has seen the mean age of infected patients dive by thirty years and has fewer hospitalized patients in the ICU and on ventilators than they had in April. Yet most of you are probably just seeing this data for the first time.

The coronavirus — as well as the coverage of the protests in the wake of George Floyd’s death — represents a fundamental failure of the national media. The media has given up reporting facts in favor of reporting emotional anecdotes. We’ve gone from a society based on logic to one based on emotion.

And it’s occurring across all forms of media.

The infections came from parties and barhopping, aka the usual way college kids spend their free time.

As a result the usual coronabro suspects commenced their wailing about how it’s unsafe to have kids back on campuses and how playing sports isn’t safe either.

Second, newsflash, college kids are far more likely to die of pneumonia or the flu than they are the coronavirus.

Yet I’ve never heard anyone call for the cancellation of any college sporting event over either pneumonia or the flu.

The reality is college kids are more likely to die driving to campus for workouts than they are from the coronavirus.

And they all know it!

Which is why they’re out chasing girls.

As long as we don’t start playing football games at nursing homes, we’re going to be fine.

In fact — and I’m going to write on this later in the week — you can argue the best thing that can happen for our country is for college-aged kids to get this virus. As long as they got the virus and stayed away from the elderly or already sick, they’d rapidly help us to attain herd immunity without having dire health consequences themselves.

Don’t believe me, look at how few people under 24 are dying of the coronavirus compared to other causes.

Now some people want to argue, well, what about older coaches or teachers on campus? Well, those coaches need to make smart decisions for themselves and their family by analyzing their risk factors based on all the publicly available data. If they feel like they are in particular danger from the coronavirus, they should be able to take the year off and receive full pay, while working remotely.

I’d bet a tiny percentage of coaches and professors would want to do this, but they should have that option.

And either way we can’t shut down the entire country — potentially for years — as we wait for a vaccine for a virus that has almost no risk to most people in this country. Especially when the vaccine might never arrive or work as we’d hoped it might.

That’s why I believe the number of 2020 deaths in in this country — there are 2.8 million people a year who die, an average of roughly 7,500 a day — is unlikely to change much this year compared to last years.

Ultimately, facts matter and the media is doing a disastrous job of sharing them. Instead of relying on a common foundation of facts, the media has embraced their own narratives.

And as a result the country is more divided and much worse informed by listening to most media than they would be if they just turned off their televisions.

The data is clear: it’s way past time for all lockdowns to be over and for almost everyone to be back to work. 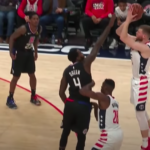 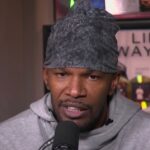