Until last week, Chicago Bears coach Matt Nagy still had plausible deniability. He could have always claimed: “Mitch Trubisky isn’t my fault. I wasn’t here when the Bears got him. Don’t blame me.’’

So in his third year in Chicago, Nagy already has an NFL Coach of the Year award. But going into tonight’s game against Tom Brady and Tampa Bay, Nagy-Foles is 0-1.

“Is this going to take a little bit of time,’’ Nagy said to reporters this week. “Yes, it is.’’

OK, buying time isn’t a bad strategy. I get that. But Nagy isn’t going to get as much time as he wants. The Bears are on him now. Failures are his.

Coaches get attached to quarterbacks — their reputations, I mean. And if Nagy is looking for job security, he might have made a mistake by giving up on Trubisky. Sure, I was calling for Foles, too, after his miracle win off the bench against Atlanta. But the thing is, my coaching reputation isn’t actually on the line with that suggestion.

With Nagy, the clock started ticking. In Chicago, eyes are on Foles and also on general manager Ryan Pace. But really, the Bears moved into the next phase of their history, and it’s the Nagy-Foles phase.

Trubisky is on the head of GM Pace, who has been in Chicago for six years and is best known for trading up in the draft to get a second-round-quality quarterback with the second pick in the draft when Patrick Mahomes was there for the taking. (Trubisky is attached to Mahomes and will always be Mitch “Not Mahomes’’ Trubisky). Less-known is that Pace also built an offense with a line that is pushed around, no stud running back and has just one decent receiver in Allen Robinson.

This is it for Pace. If the Bears don’t at least get to the playoffs, and probably win a game when they get there, he’s done. He’s gone. He’s now attached to a quarterback who isn’t even playing. Nagy was also able to disconnect himself from Pace. So there was that.

Foles is a little hard to pin down. He actually beat Brady in a Super Bowl, but has still managed to go down as a journeyman quarterback.

He has a quick release, a professional recognition of who is where on the field and no more ability to move than your typical light post. His success in his career has been in the shotgun, giving him time to catch and throw. When he saved the day against Atlanta, the Bears were so far behind that they also were in the shotgun.

And then Nagy game-planned for the Colts game and what happened? Foles wasn’t in the shotgun that much. Meanwhile, the Bears ran the ball 16 times for 28 yards and Foles threw 42 passes. And the Bears lost 19-11, not scoring a touchdown until the final minutes of the game.

That’s WAY too many passes. And Nagy already has a reputation to live down that he won’t run the ball, won’t change anything and doesn’t care about balance in the offense, other than when he says he does in his post-game press conferences after losses.

Look, Nagy isn’t in trouble yet. But he has a Super Bowl ready defense, and his team went 8-8 last year. Sure, that was under Trubisky, who is Pace’s fault. But it’s also true that Trubisky didn’t improve under Nagy’s tutelage. He got worse.

Now the Bears are 3-1, with three wins against bad teams and one loss against a good one.

Nagy is going to have to rush this. Foles, in his first year with the Bears, didn’t have a preseason to get connected to Nagy and also wasn’t getting the reps in practice until last week. And this is a short week.

That’s all fine, but the offense had better at least look like it’s getting better tonight.

Nagy was NFL Coach of the Year in his rookie season, 2018, then had a mediocre team in 2019. Fans like to see improvement. Nagy is asking for a little time.

Sure, he’ll have it. But when you sweep out your general manager at the end of the year, it’s always easy enough just to sweep out the coach, too. 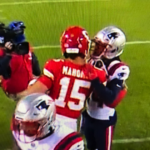 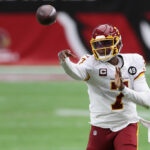