A Louisiana man who operated a PJ’s Coffee franchise in New Orleans has lost that franchise over a comment he left for LeBron on Facebook that was turned into a screenshot and weaponized against the man.

According to media reports, Stephen Bruno Jr. has been stripped of that franchise after the corporate office found out their franchisee told LeBron to “eat a [eggplant emoji]” on a May 3 post where James wrote, “Protect our Young Black Women & Men.” 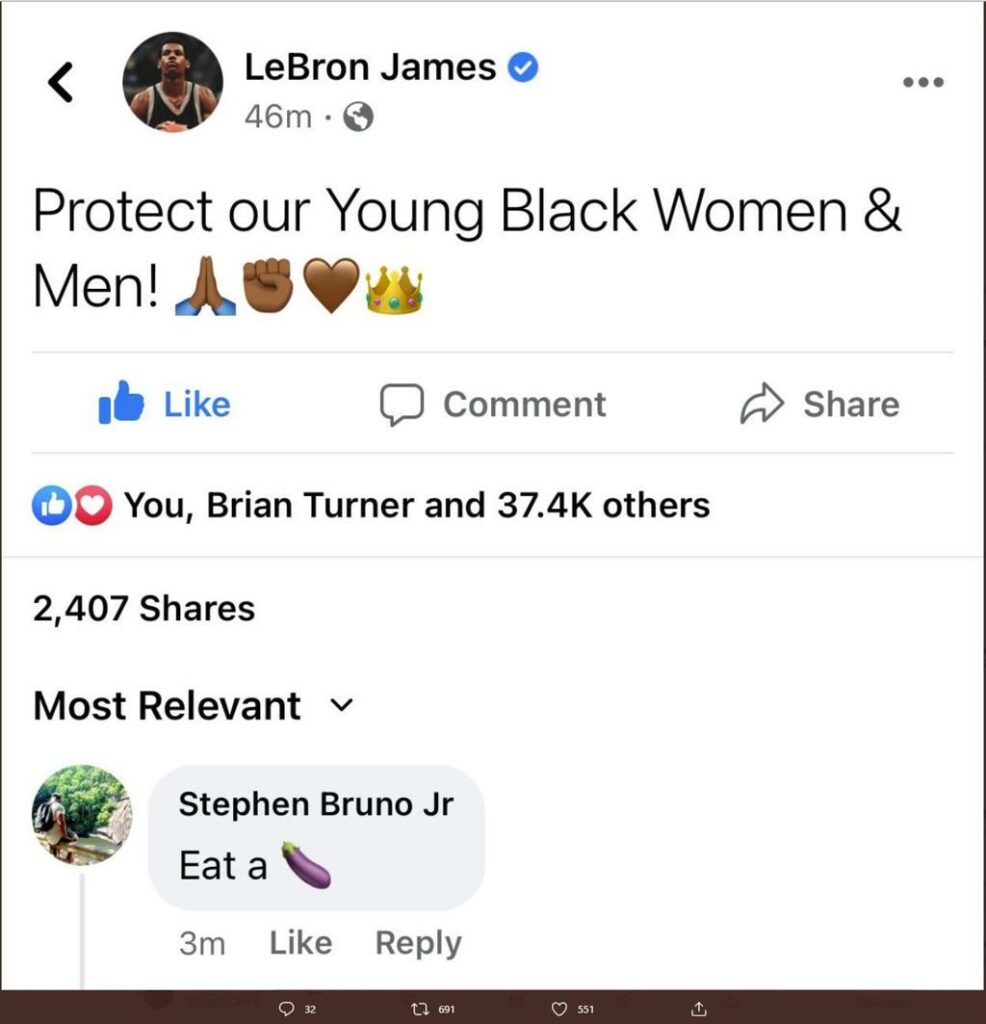 “PJ’s Coffee does not tolerate hatred or disrespect of any kind. The words used by Stephen Bruno Jr. were inappropriate and uncalled for,” the company said in a statement. “Our PJ’s Coffee brand and our locations take pride in supporting the diverse communities in which we serve. Stephen Bruno Jr. has been removed as a franchisee from the locally owned and operated franchise location, to read more about how PJ’s Coffee is standing together, please visit our website here.”

And with that, Bruno Jr. is out. Two words and an eggplant. Out.